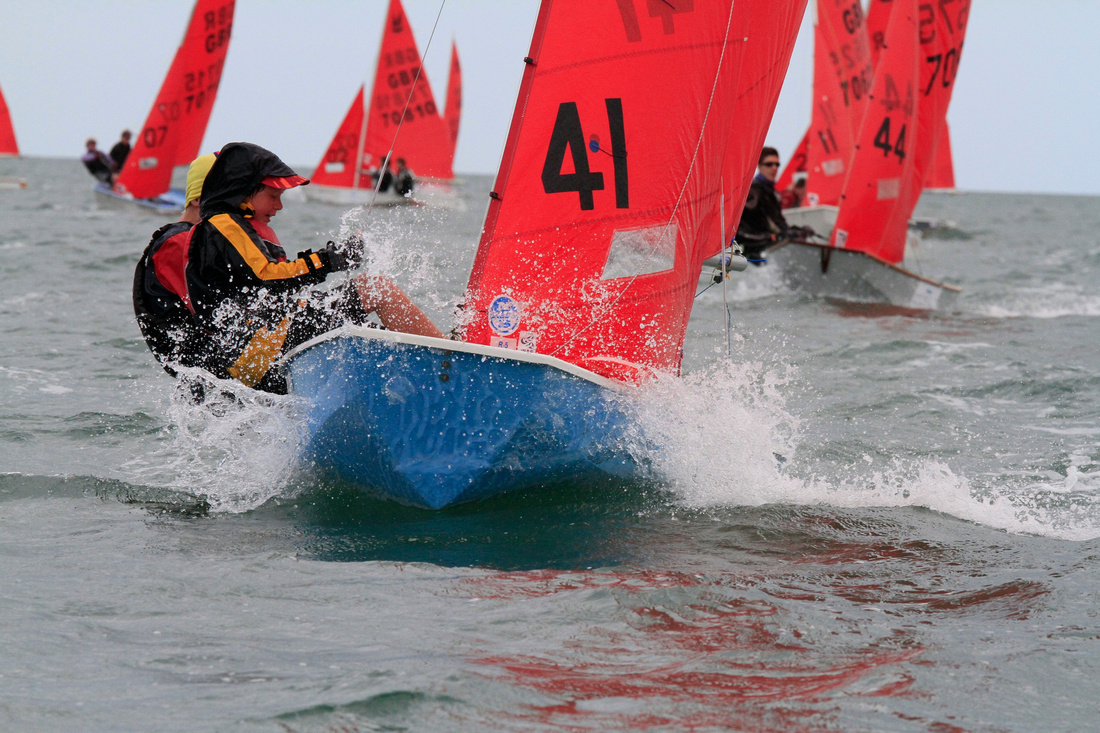 The Navigators & General Mirror Europeans kicked off in a solid force 3-4 wind from the North west. Race 1 got away promptly under a Blue Peter flag with a bias to the Committee boat end and an invididual recall.

At the first mark Tiarnan Dickson & Luke Groarke-Donagh (IRL) led from Shane McLoughlin & Oscar Langan (IRL) followed by Robert Richardson & Megan Thornley (GBR). A right shift turned this reach into a run and the next reach was very tight. On the next lap it paid to play the shifts on the left of the beat and at the top mark Gemma Keers & Imogen Bellfield were 1st then Reg & Gemma with Shane & Oscar 3rd and positions remained unchanged to the finish.

In the second race got away at the first attempt under a Blue Peter flag.  Tiarnan & Luke led at the top mark then Henry Heath & James Dickinson then Gemma & Imogen. Reg & Gemma got past Gemma & Imogen on the reach and then Gemma's pole broke approaching the gybe. On the 2nd reach the two leaders went high, fighting each other allowing the following boats to catch up. On the second beat positions stayed the same amoung the leaders. On final run Henry & James went right and lost out slightly but it was very close down the run and around the leeward mark with  the three leaders almost in a line crossing the finish with Tiarnan & Luke 1st, Reg & Gemma 2nd, Henry & James third.

All photos taken by Gareth from Day 1 are on www.boatographic.co.uk here http://gdjfudge.zenfolio.com/p694105509 ,from where they can be purchased.