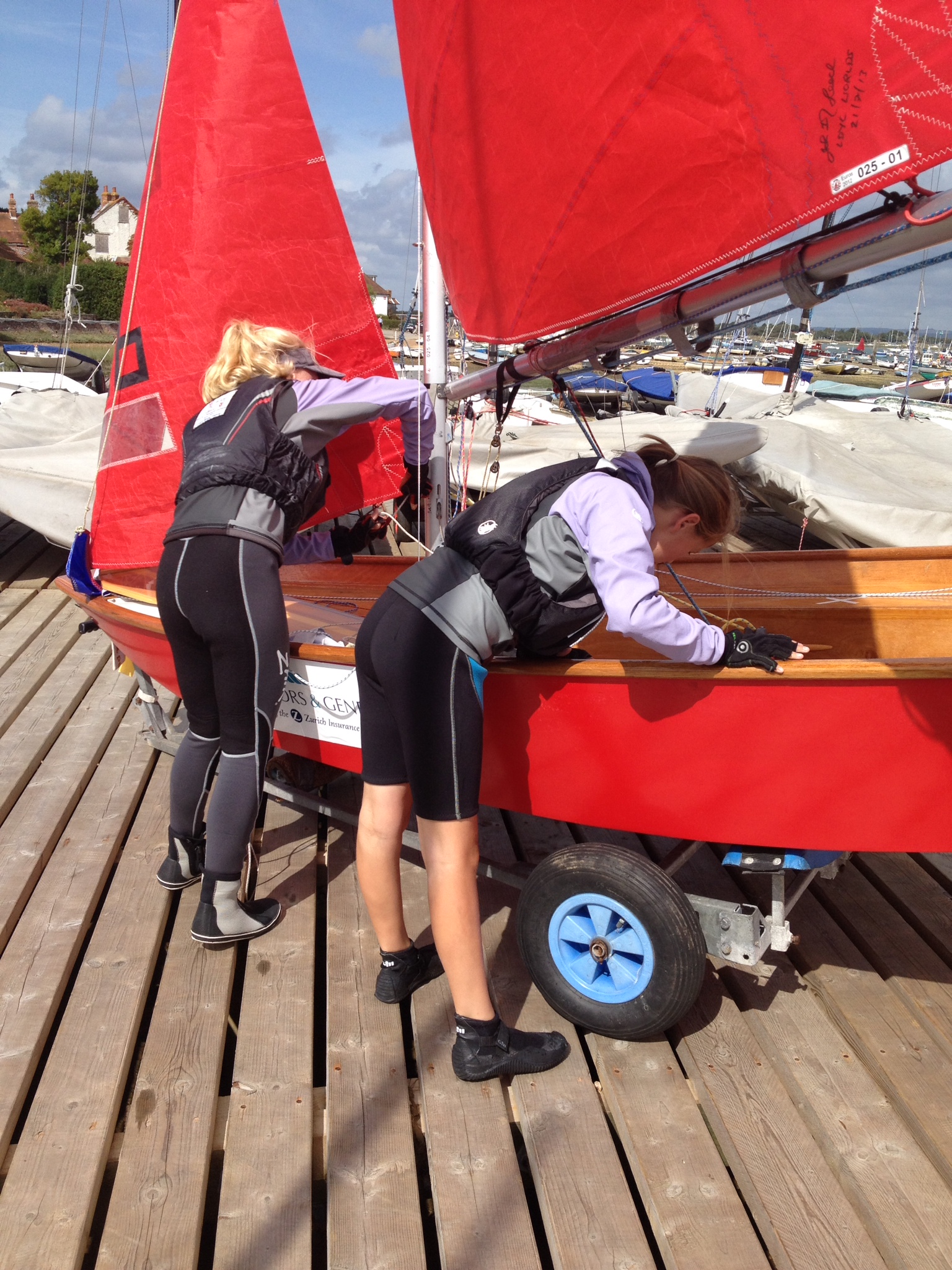 By the first start on Saturday, a steadyish breeze of around 15 knots had established from the west.

The first race of the day, a traditional port rounding triangle/sausage was won by Angus and Fraser Hemmings from Stokes Bay.  With high water approaching and the breeze veering north-west, the Race Committee upped sticks to set up course in the less tidal Rookwood Pool.  With other fleets racing on either side of the Mirrors, the Race Officer set a windward/leeward course which was won by Nigel Thomas and Ollie Vennis-Ozanny from Hill Head.  With increasing wind strength, a number of boats capsized on both beat and runs but all quickly righted to finish the race.  With a little more space, the Race Officer set the third race as a “P” course: beat followed by tight reach, jibe to tight reach, jibe to run.   This race was win convincingly by juniors Henry Heath and Paddy Jefferies from Itchenor who thrive in the more windy conditions.

Sunday dawned with beautiful sunshine and much lighter and but shifty airs.  The first two races of the day were testing: wind up and down, wind shifting all over the place and two somewhat challenging courses.  Young sisters, Harriet and Helena Watkins from Poole won Race 4 and the Hemmings took Race 5.  With the sea breeze spotted further down harbour, the Committee Boat shortened Race 5 and headed south to set up for the final race of the weekend.  After a General recall, the Black Flag was raised and brothers Ollie and Archie Hawkins from Looe, having had a fabulous set of results over the weekend, were unfortunate enough to be pushed over the line just before the start.  The remaining competitors had a lovely sail in around 12 knots of breeze.

The final results of the N&G Mirror Southern Area Championships 2014 are as follows: