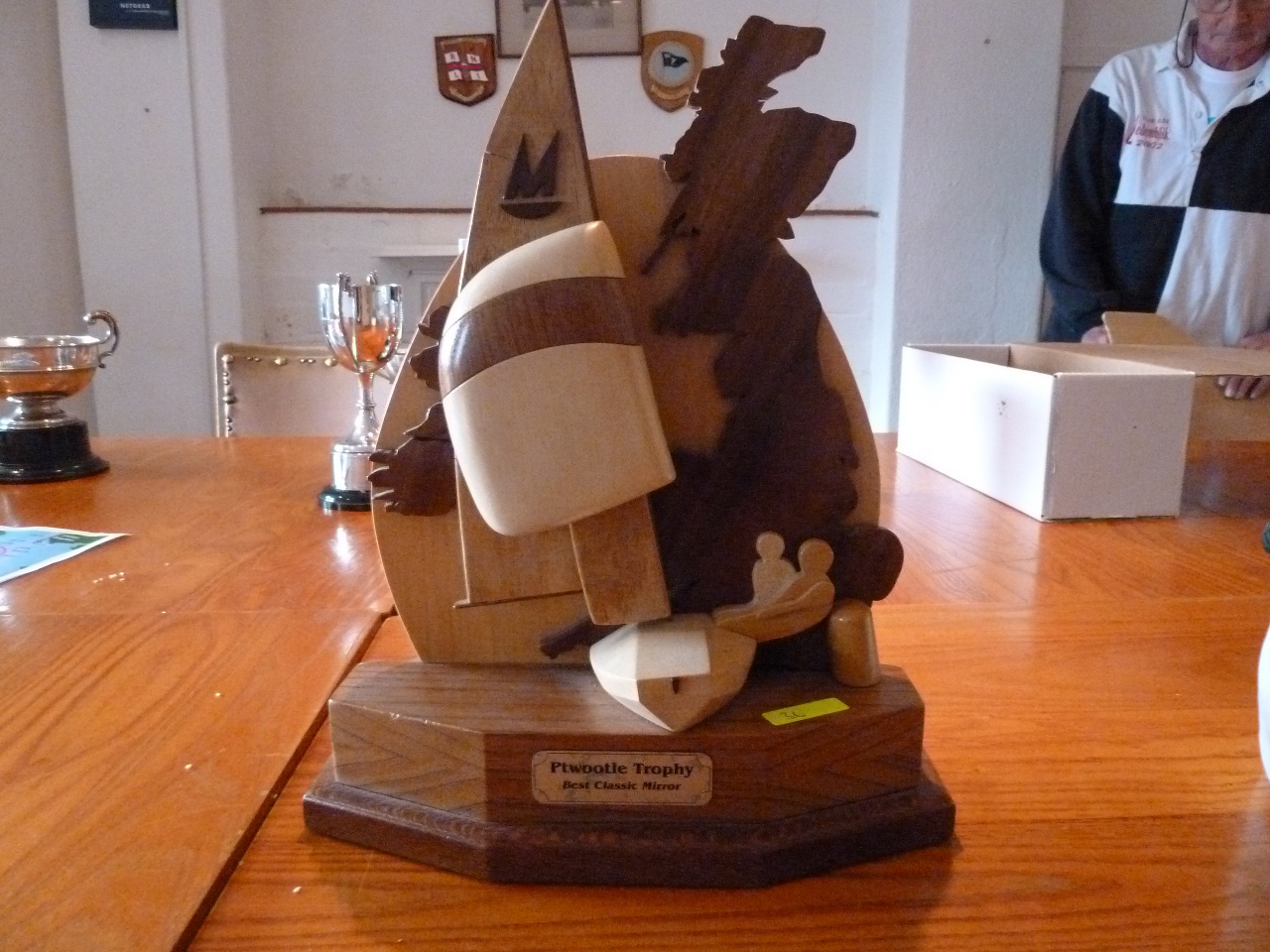 The Ptwootle Trophy is awarded to the first wooden boat at the National Championships. It was kindly donated by Trevor Lloyd at the time his son Alex got his new boat 70437 - Ptwootle II and the Mk 3 interior, GRP foam sandwich Winder boats were becoming more common.

It's named after the second wooden Mirror built by Stephen Heppell. Writing in 2018, Stephen takes up the story "We had four mirrors. The first one - a standard Bell built kit, was Pootle. Then came Juliette Heppell's fast blue boat Ptwootle (two, get it?) which was spectacularly fast upwind and she sailed with her sister and then with single handed sailor Hannah Stodel, then came the pink Pthreetle sailed by Melissa Heppell who went onto 470s from there (super fast boat won lots also with next owner Emma Barry) and then finally Phourtle which was Toby Heppell's boat - he went onto 49ers and is now at Yachts and Yachting of course. All Brightlingsea boats back in the days when the town council created a Mirror Millennium garden in honour of the town's Mirror sailors!"