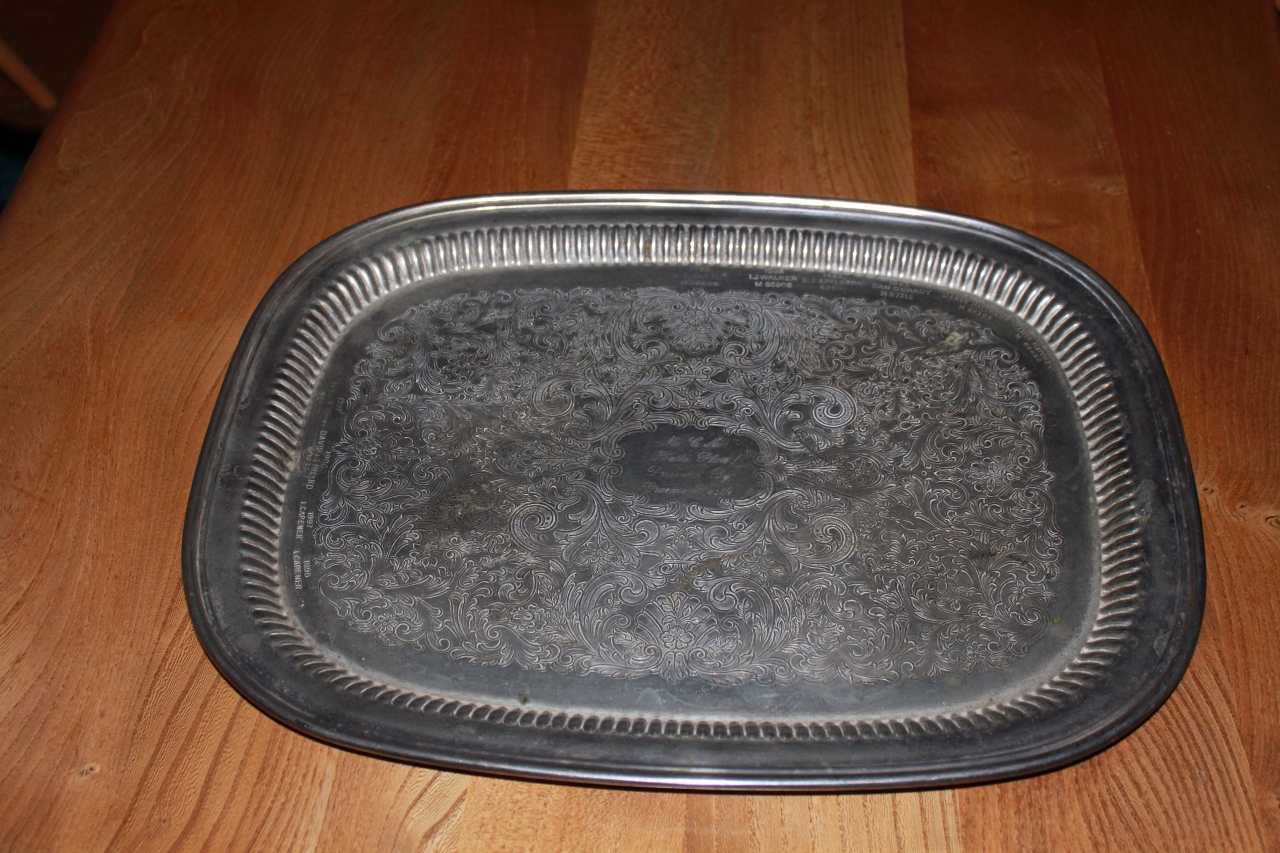 The Hathi Plate was presented by Graeme Castle in 1985, we don't currently know what for, but was won by boats from the UK. Later on it was awarded to the 1st Irish Boat at the UK National Championships (listed in Reflections 79,  page 4 which dates to 1988). After that it seems to have been awarded to the overall winner of the National Masters Championship.