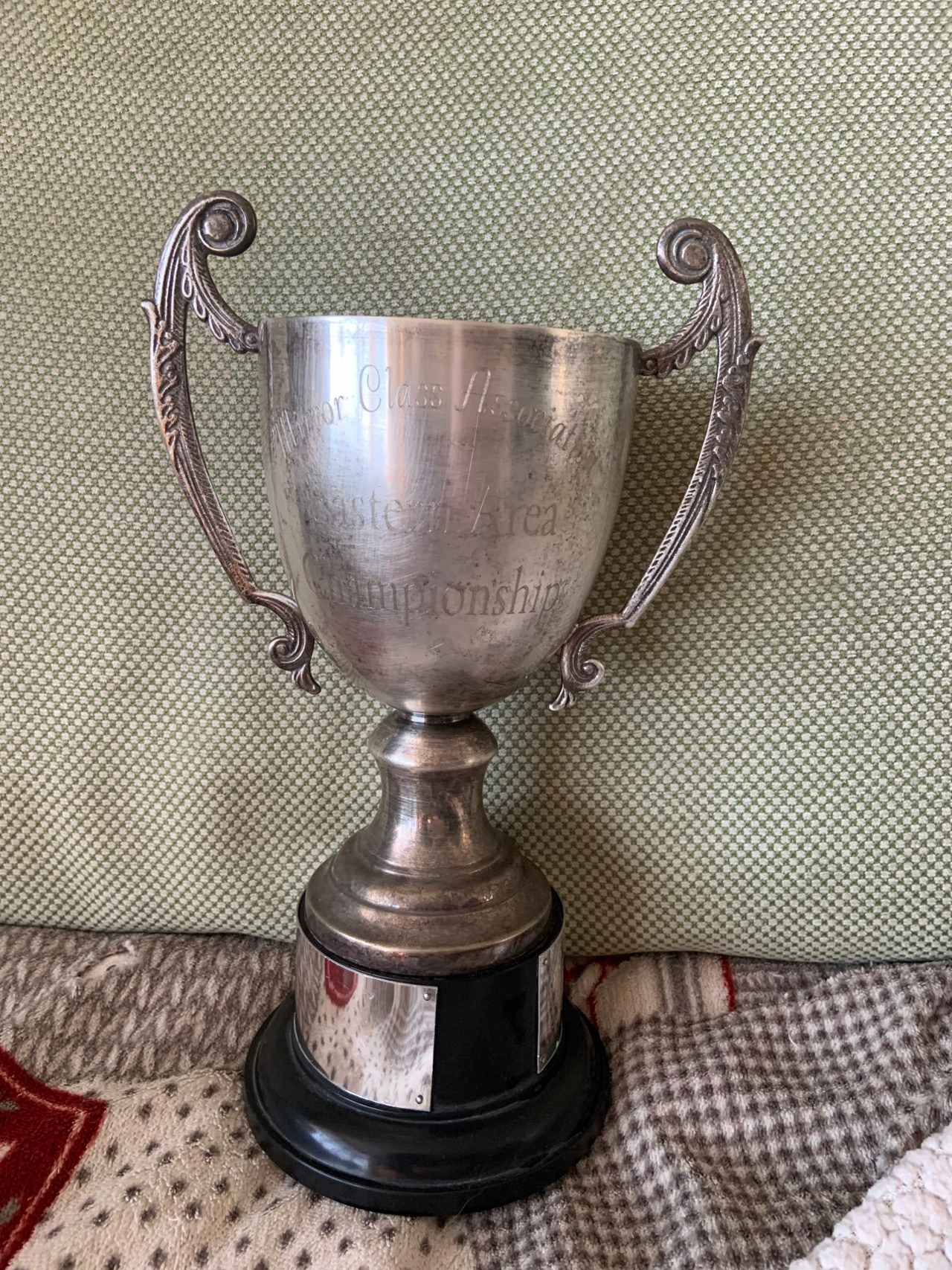 The current Eastern Area Trophy was purchased in 2002 and is awarded to the 1st overall helm & crew at the Eastern Area Championships.

The Eastern Area Championship was first contested in 1989, so it's likely there was an earlier trophy which was lost.

There are no images in the gallery.