The sketch shows the general arrangement of an end to end pole uphaul & downhaul (in this case with a loop & ramp). Note that the elastic part of the system is in the downhaul - this is very important.

With an end to end pole, when you gybe, the pole end that was on the mast is transferred to hold the guy, and the old guy end goes on the mast. Thus the fittings and the pole layout is symmetric.

Originally (i.e. in the late 60s) the standard spinnker pole had Holt Allen 31 snap hooks and Holt Allen 56 white plastic rings on the clews of the spinnaker which snapped into the hooks. 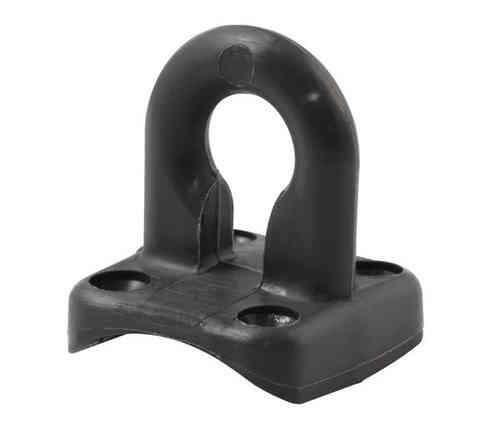 On the mast there was a Holt Allen 132 pole eye which the other end of the pole snapped onto. This was a cheap, but hopeless system. 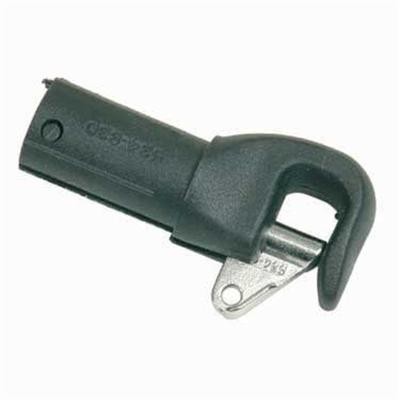 The only type of pole end worth considering is one with a spring loaded pin, plunger or "piston" which can totally enclose the guy. I prefer to have the opening parts of the spinnaker pole ends upwards.

Commonly, a thin line is tied to the two spring loaded pins so either end can be opened when holding the middle, or opposite end of the pole. 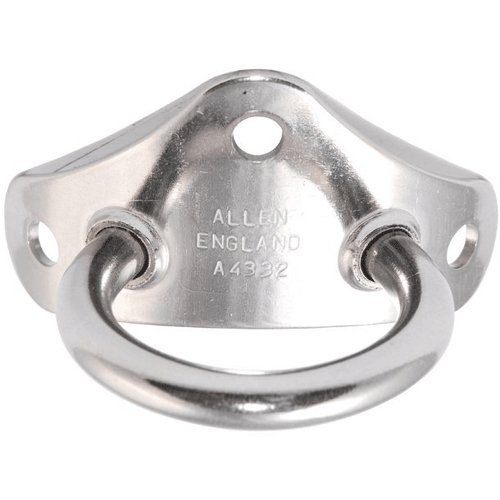 These ends need to be used in conjunction with a stainless steel pole eye on the mast which they can attach to, with freedom of movement in all directions. I recommend a spinnaker pole eye with three fixing points such as the Allen Brothers A3442. Note that class rules limit the projection of the eye forward of the mast to 35mm maximum.

Needless to say, with an end to end spinnaker pole, it is symmetric, so this fitting goes in the middle of the pole. 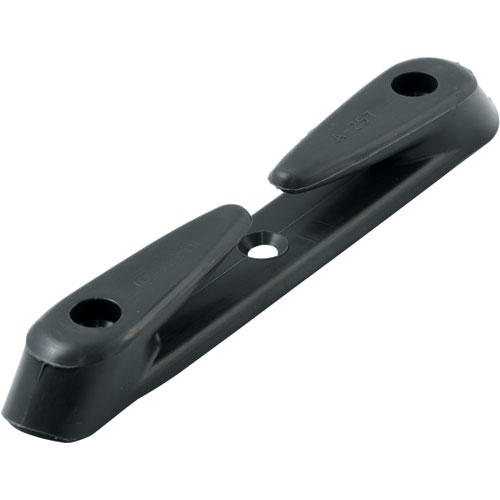 A popular system in the 60's & 70's was to have a spinnaker pole uphaul with a number of stopper knots in it. The Holt-Allen 257 was fitted to the side of the pole. After the guy has been attached to the pole end, a section the uphaul/downhaul, between two of the knots, is jammed in the cleat (on the end of the fitting that will be closest to the mast).  By choosing different knots, different pole heights can be achieved without the need for an adjustable uphaul. 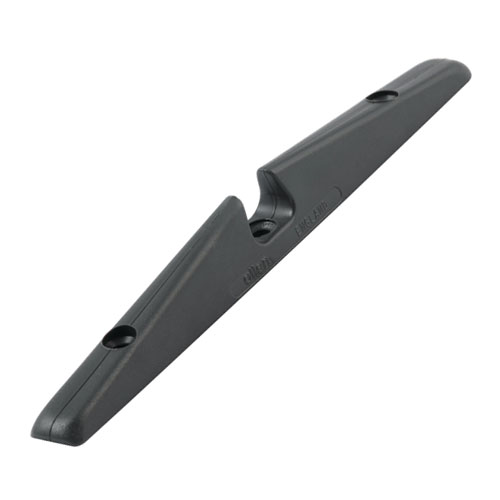 One of the most popular systems is a loop and ramp. The ramp fitting is attached to the side of the pole. The uphaul/downhaul has a loop in it big enough to take the pole and ramp and the pole is threaded through the loop. Normally the