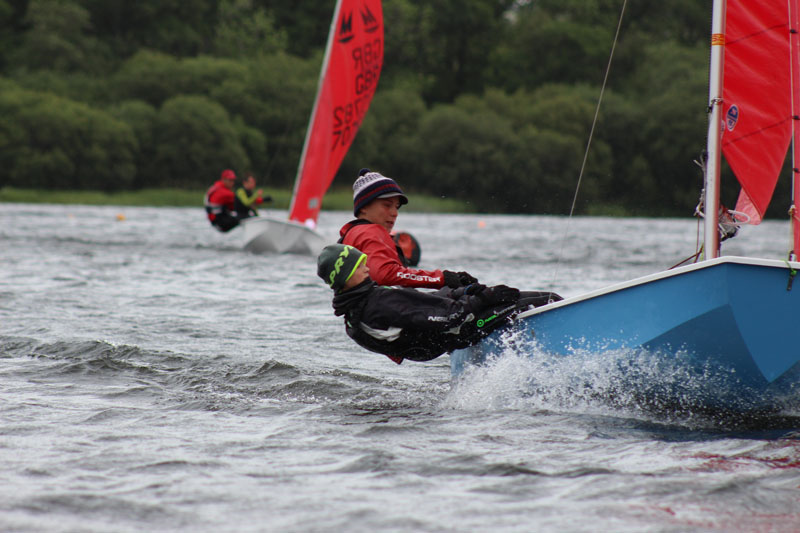 In my role of Press & PR officer at Bassenthwaite Sailing Club I have been collecting the Newsletters from years gone by.   We started out producing an annual publication in 1995 and gave it the title of Foxy Tales. This came from the Club’s fox emblem which, in turn, stemmed from the Club being in the close vicinity of the birthplace of the legendary fox hunter John Peel .   You will have heard of the ditty; Do you ken John Peel with his coat so grey..... I feel sure.

Anyway, the aim is to get all the annual editions on line on the Bassenthwaite Sailing Club website. There will then be a permanent ongoing record of who did what at the Club both on, and off the water.

Virtually every edition contains an article on each of the Club’s dedicated fleets which, for many years have included the Mirrors. So, using these articles, and the data in the Club Handbook, it was possible to trace the fortunes of the Fleet.

In the mid to late nineties the Mirror Fleet consisted of around twenty seven boats. One even won the Nationals, Phil & Tim Smith taking the title at Hartlepool in 1999. We never reached such dizzying heights again although we had an active fourteen boat fleet for the ten years from 2000 to 2009. By the later date there had been a progressive switch from family manned, and crewed boats to single handers.

The Club then invested in three good Trident GRP boats for training and to encourage families to race in the Mirror Fleet. But interest was declining in favour of the myriad RS variants. By 2013 we only had seven boats in the fleet in addition to the ones owned by the Club and, as few were racing at the same time, it was decided to merge the Mirror and Topper Fleets the following year.   This left a variety of slower boats such as the Picos plus a Hartley and a Splash following far behind the other handicap Fleet boats. So a new Slow Handicap Fleet immerged in 2016 consisting of all boats with a PY of 1250 or greater.

This new Fleet is still with us but, by the end of last season it included just three random boats and fifteen Mirrors! And five more Mirrors have already been bought for the 2018 season. The turnaround is due to more, and more, parents deciding to use the Mirror to teach their youngsters to sail and race.   And these aren’t any old Mirrors! Many are Winder GRPs with sail numbers well above 70000.

And we, again, have national champions in the fleet with Sandy & Douglas Simpson having joined Bass last year. Even they are finding the Club competition extremely challenging!