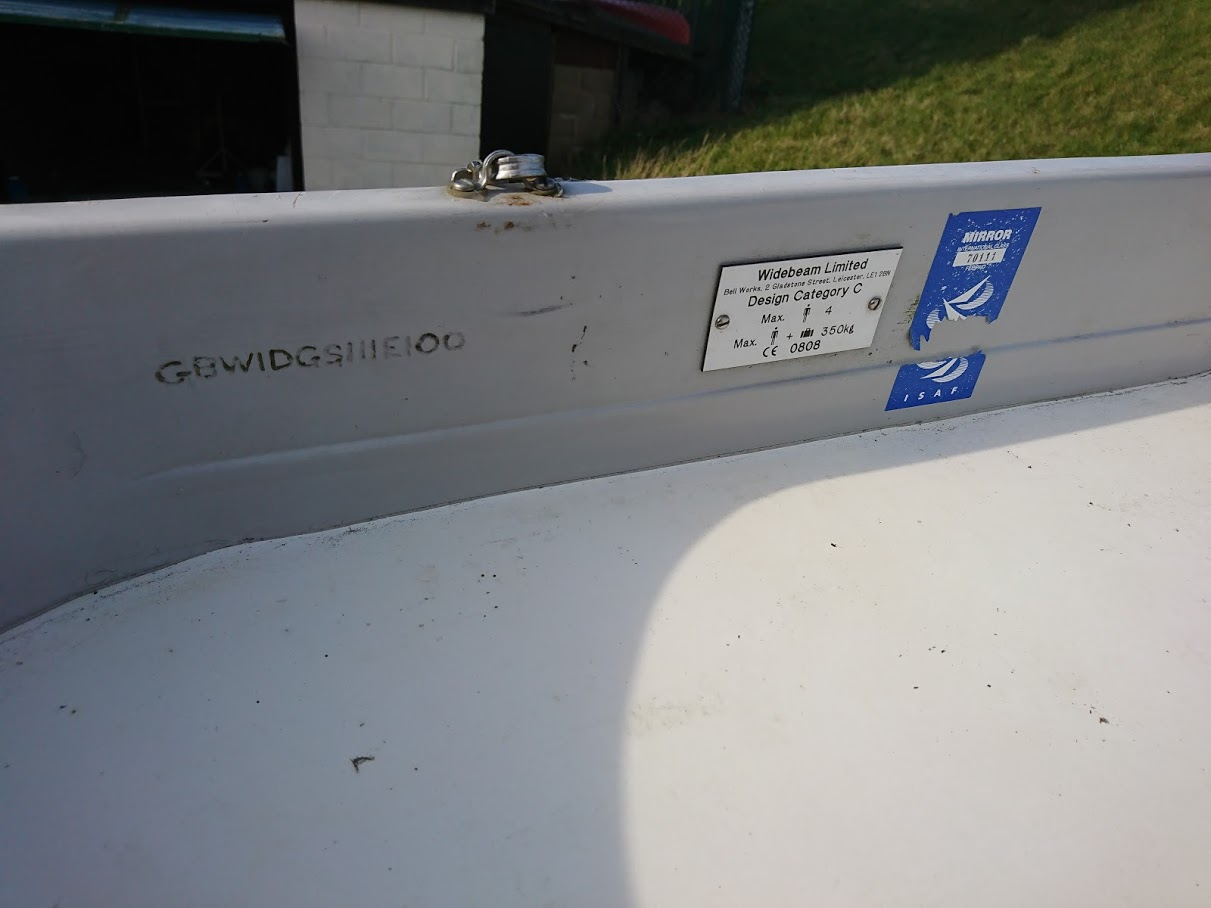 Thought to be a GRP hull built by Widebeam using the "Bell/Ferranti" moulds which Widebeam would have acquired when Bell Woodworking went bust. If so, it must have been moulded shortly before Widebeam went bust, so it was an asset of Widebeam when they went out of business in 2001.

Sold to Essex Scouts by Trident-UK who had purchased Widebeam's assets, and took up kit and boat manufacture. At this stage the Mirror was an International Class, so each boat sold needed an ISAF plaque, hence the ISAF plaque with the sail number 70111 which would have been issued in 2001.

The engraved string 'GBWIDGS111E100' is I think related to the EU 'CE' plaque (these also occur on Trident-UK FRP Mirrors) and contains the last three digits of the sail number, 111, so must also date to 2001.

This boat is not for sale