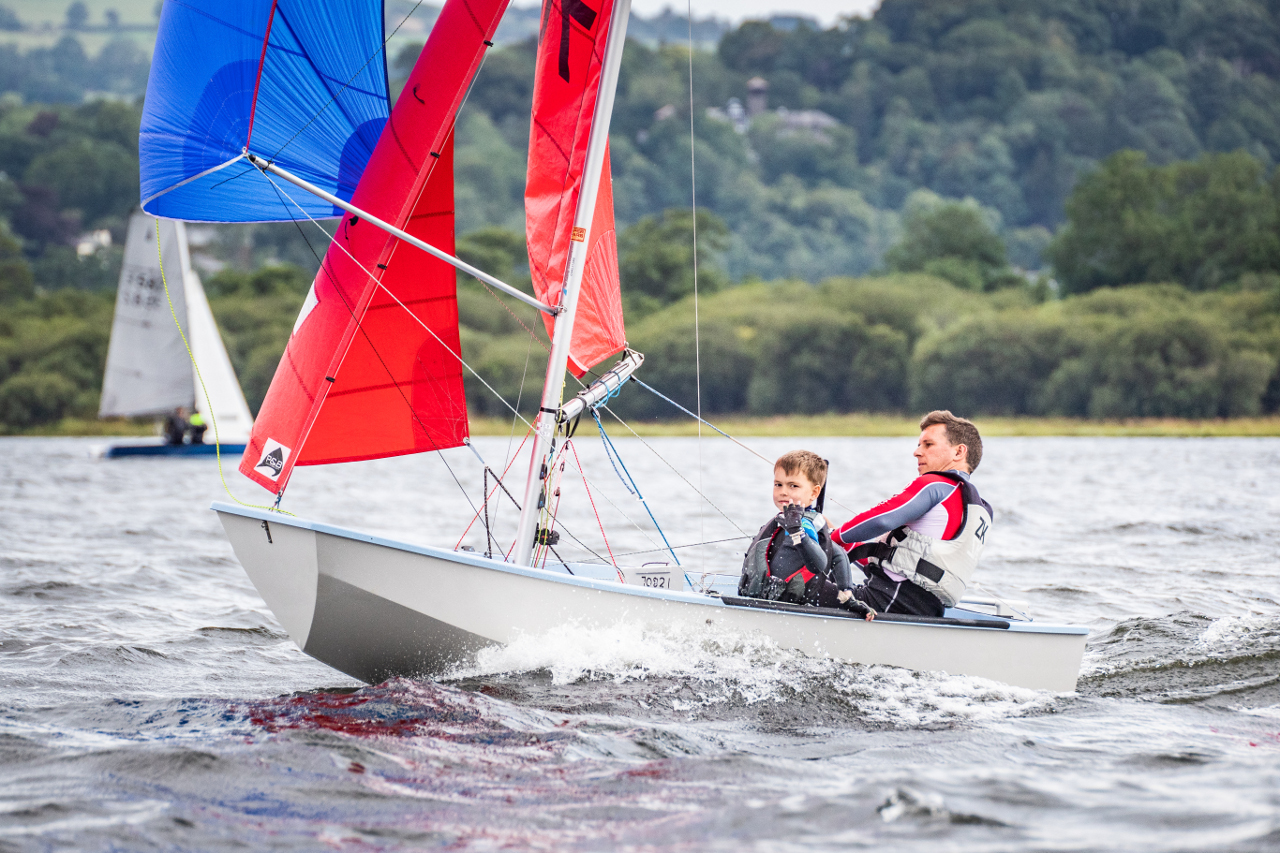 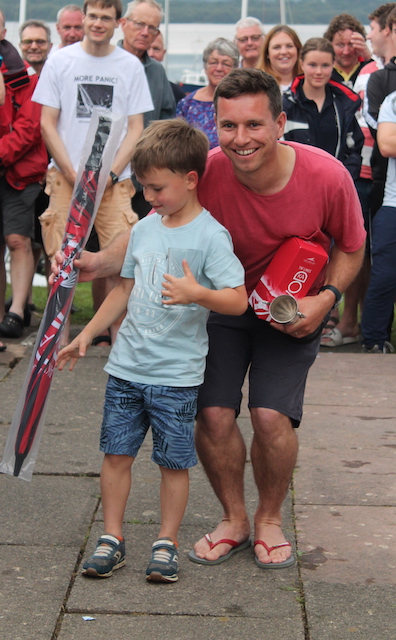 On Monday, the Luffing Cup, Sandy Simpson (Bass), who switched crews throughout the week, took the win with George Spence, Jude & Grace Allen (Leigh & Lorton) were second and the Cook family third. 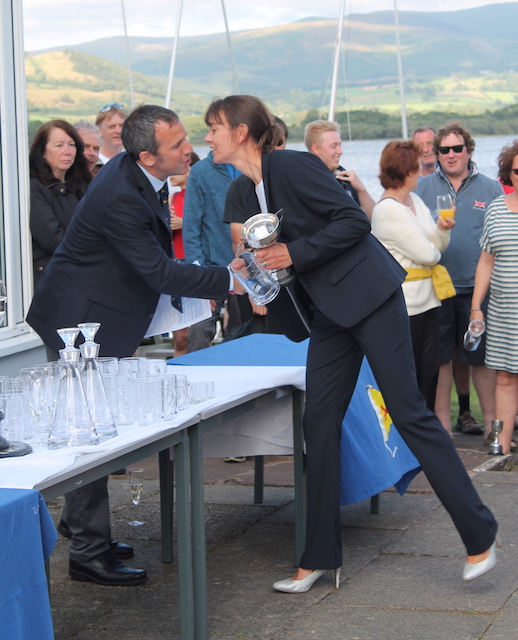 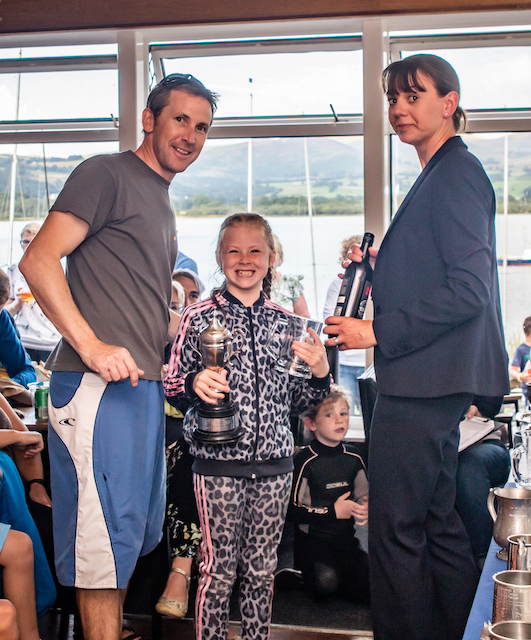 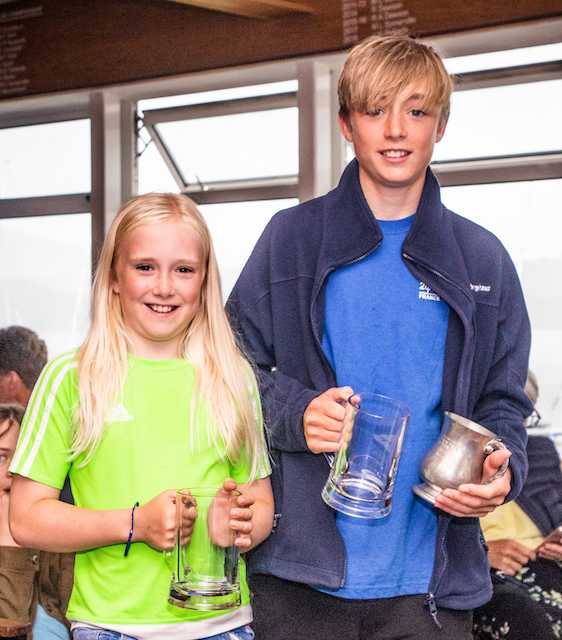 Now to the pursuit races on Tuesday and Thursday afternoons each with around ninety entrants. These often produce a Mirror outright win. It should have been the same this year. In Tuesday’s Nairn Pursuit, Luke Shaw & Tristan and Graham Vials & Sebastian were first and second with a minute to go. They would surely win? But, no! They mistook the five minute warning for the start of the roll-back finish sequence and the photo boat for the finish. They peeled off allowing a Wanderer and a GP14 to take the lead places with them being classified third and fourth. Rob Cook, now back at the helm and with Elizabeth were seventh.

In Thursday’s RNLI Pursuit it was a similar story but without the drama. The Vials were second overall and the Shaws third.