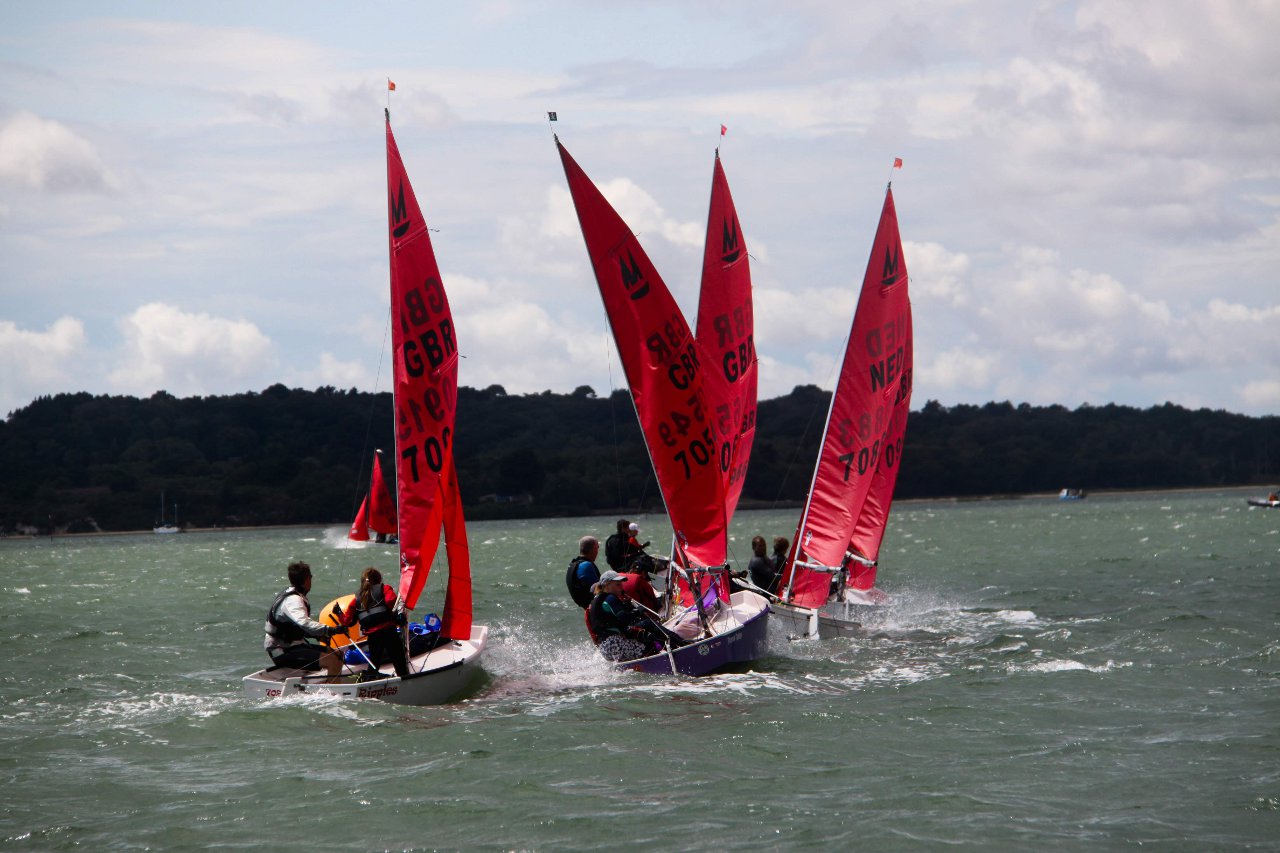 33 boats including the reigning National Champions Chris & Daisy Fuller, ex-World champion Chris Balding & a two times ex-National Champion Dave Wade, gathered at Poole YC for the Rooster UK Mirror Nationals from 11th to 14th August. There was even an international presence from Alle & Floris Roodbergen (NED) with their World Championship winning boat, equipped with a very Dutch orange spinnaker. Great racing in the sheltered waters of Poole harbour's Top Triangle, and the club were very welcoming and accommodating.

New this year - What HAppened Today? (WHAT?). After everyone was changed and re-fuelled, a post-racing debrief by Chris Balding with input from Chris Fuller and Dave Wade in Poole YC's Acadamy training room. 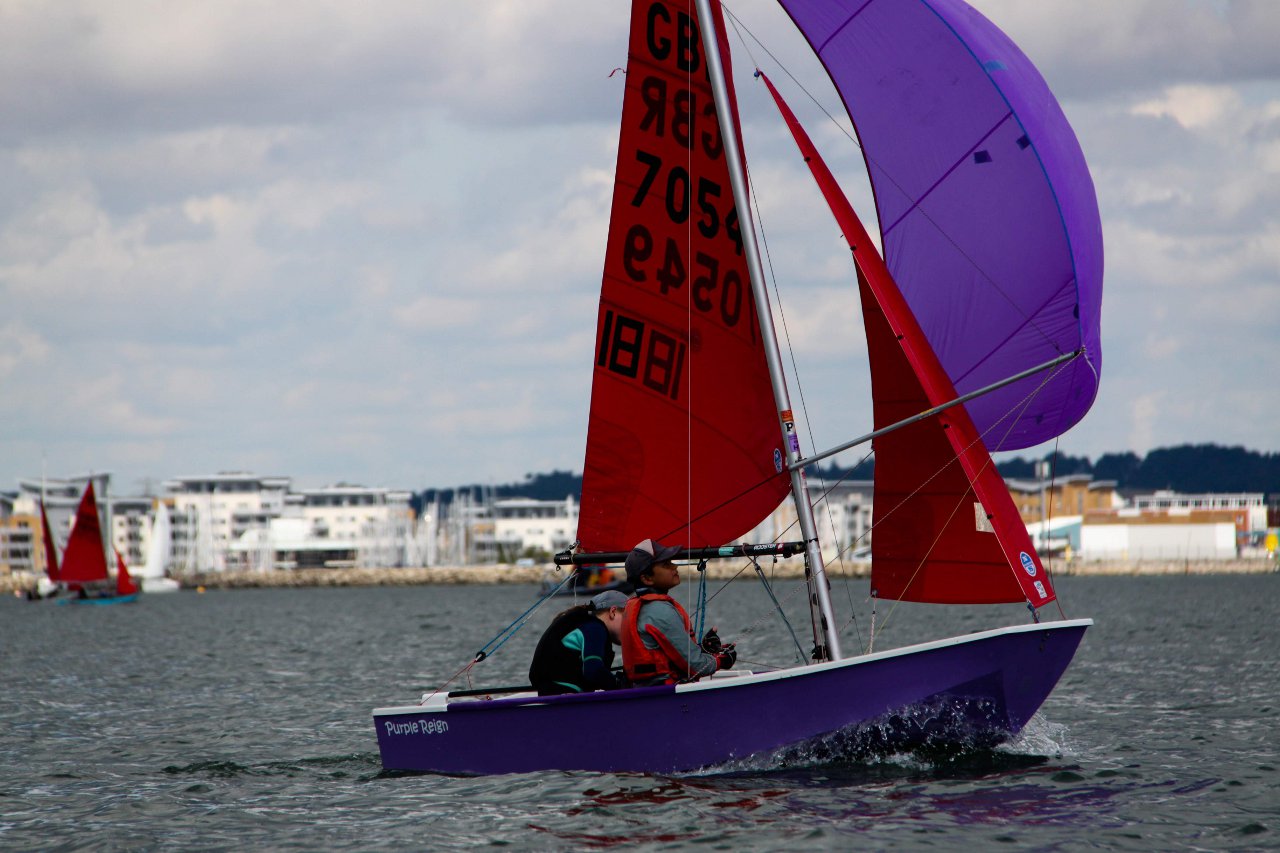 The atmospheric conditions were very unstable, resulting in shifty, variable strength winds and a heavy shower during racing on both Monday & Tuesday. However, Poole YC put on some great race management with PRO Steve Thompson and his team working hard to move marks to keep true beats, races the correct length, with minimal delays between the races. I think that's the most times I've seen the 'C' flag used in a Championship. 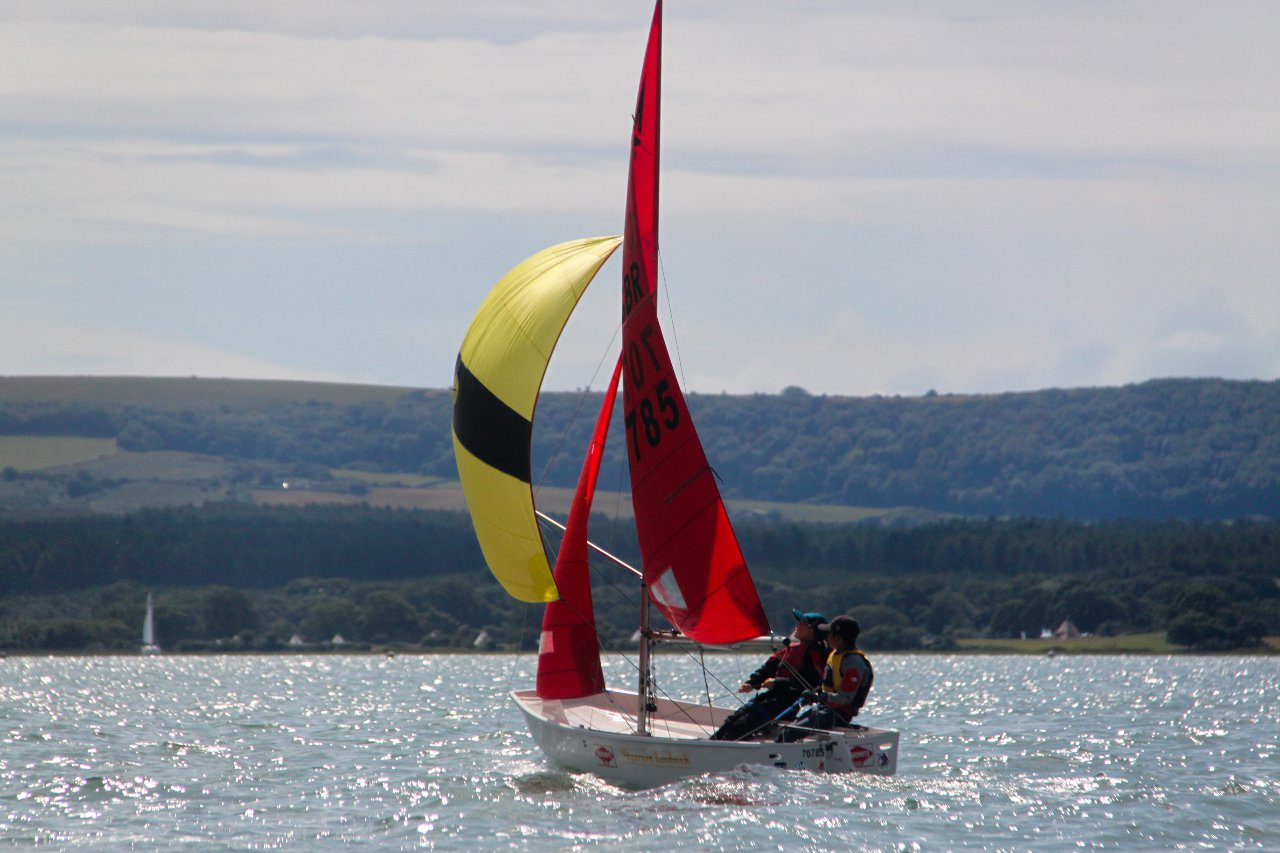 The first attempt at race 1 was incident packed - it started in light, shifty conditions and following a left shift, the Windward mark was moved to keep the beat true. However a further left shift as the leaders turned the leeward mark meant it was now a reach to the "Windward" mark, so the race was abandoned and re-started. In the end all starts were made under a 'P' preparatory signal with one General, and a few Individual recalls. 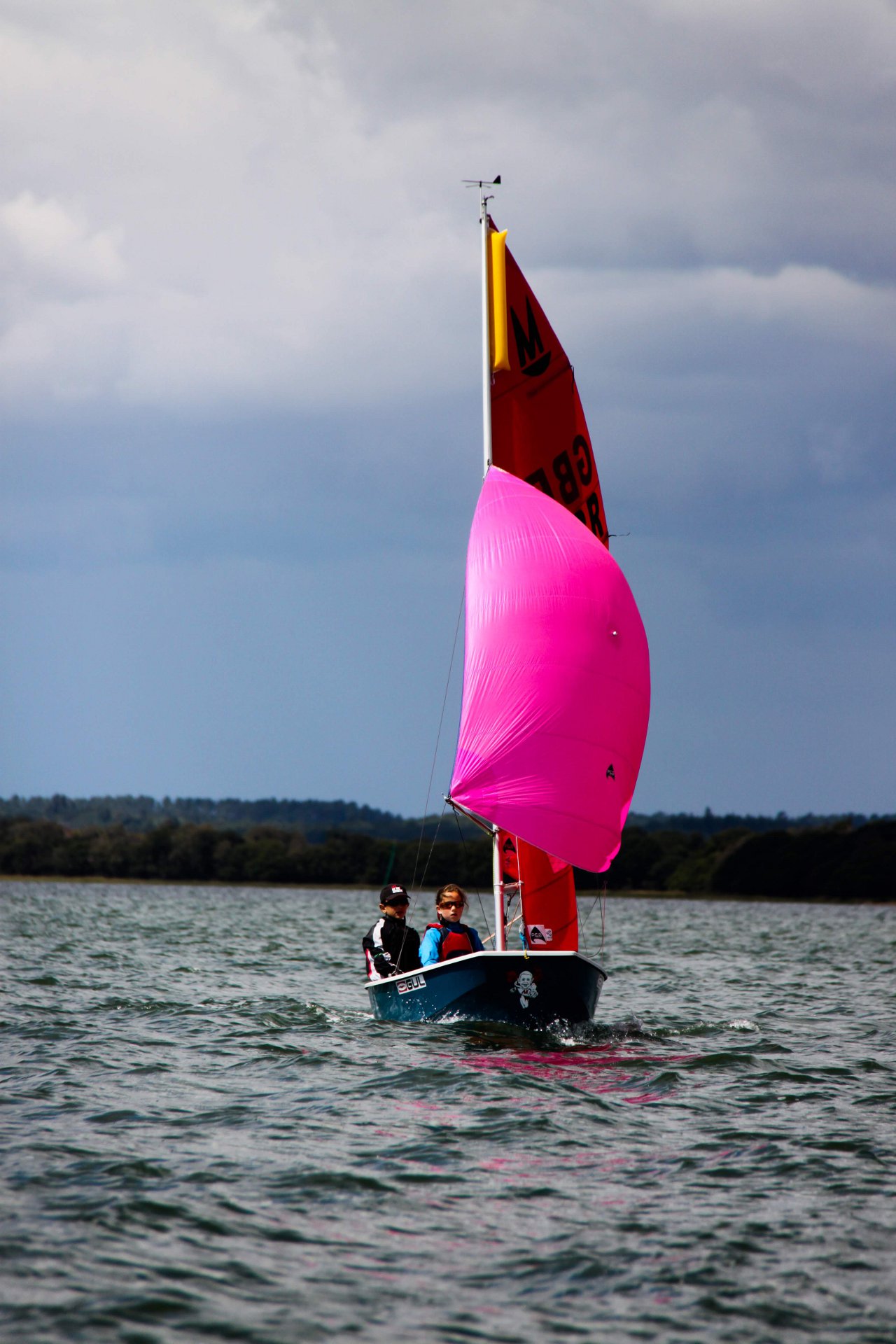 33 photos (one of each boat) kindly taken by Alan Phypers, Kyle Brown & Robert Green. Boats appear in ranking order, so you should be able to find your boat quickly. I've had to heavily crop quite a few of these, so quality of some photos is not great.