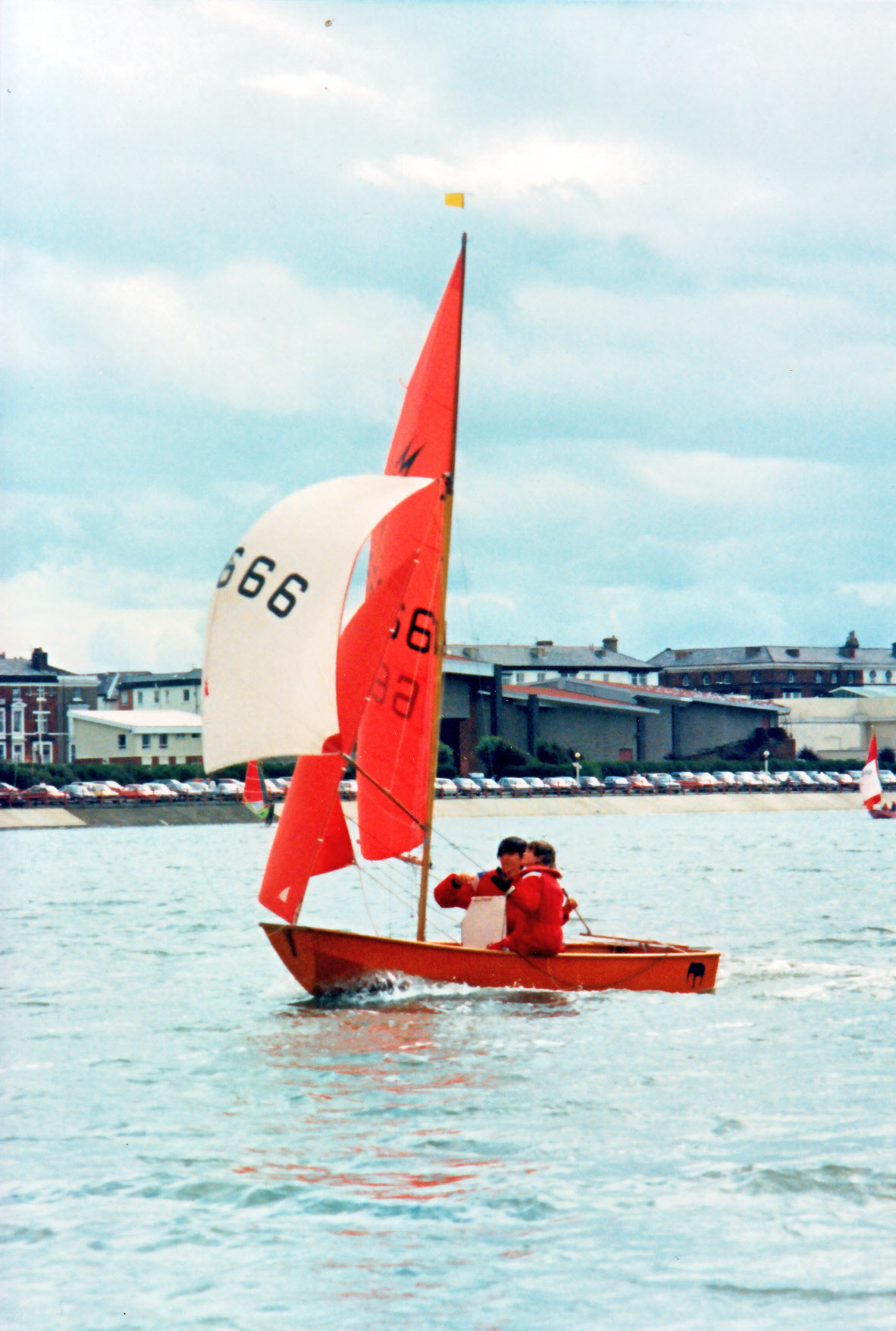 The Mirror Youth and Junior Championship was held at Southport S.C. over the August Bank Holiday weekend. Four races were held, with three to count for the championship.

Race One was held in bright sunshine and a steady force four southwesterly. Adrian Lynham, Mick Wright and Mike Preston all made good starts. However, fortunes changed dramatically on the first beat. Luke Turnbull recovered from an indifferent start to take the starboard side of the course and arrive at the windward mark in the lead.

Mick Wright was in second place, ahead of Colin Goodman. Adrian Lynham, who had completed a 720, was in fourth place ahead of Mike Preston. There were few subsequent place changes amongst the leaders. Luke Turnbull retained his lead to the finish. Colin Goodman and Adrian Lynham passed Mick Wright to finish second and third respectively. Mike Preston had suffered a complicated capsize and fallen back.

Race Two was sailed in similar conditions. Adrian Lynham, Luke Turnbull, Mike Preston and Terry Hunt all made good starts after one general recall.
Luke Turnbull read the shifts correctly and rounded the windward mark in the lead, followed by Adrian Lynham and Richard Badman. This trio pulled away from the fleet and at the gun the finishing order remained unchanged. After constant place changes further down the fleet, Richard Baker was fourth, Colin Goodman fifth and Mike Preston sixth.

In Race Three Luke Turnbull, Adrian Lynham, Terry Hunt and David Edwards were in good positions at the end of the first beat, but Luke Turnbull hit the mark and fell back. This was the closest race of the competition, with many place changes amongst the leaders. However, by lap four Adrian Lynham had finally worked his way into a comfortable lead. Then chaos reigned, as all the leading boats failed to appreciate that they were on a finishing leg and sailed the wrong course. It was Richard Baker who finally recognised the mistake and took the gun, ahead of Richard Badman and David Edwards. Early leaders Adrian Lynham and Luke Turnbull came eleventh and twelfth respectively.

The same course was retained for Race  Four, which took place in a warm and sunny force three. Mick Wright took an early lead on the short first beat  chased by Turnbull, Hunt and Lynham. Wright pulled steadily away from Turnbull, while Hunt, Goodman and Lynham remained locked in a struggle for third place. Wright seemed secure in first place, until Turnbull overhauled him on the tricky final beat. At the finish it was Turnbull, Wright and Lynham, but a subsequent disqualification gave third place to Baker. 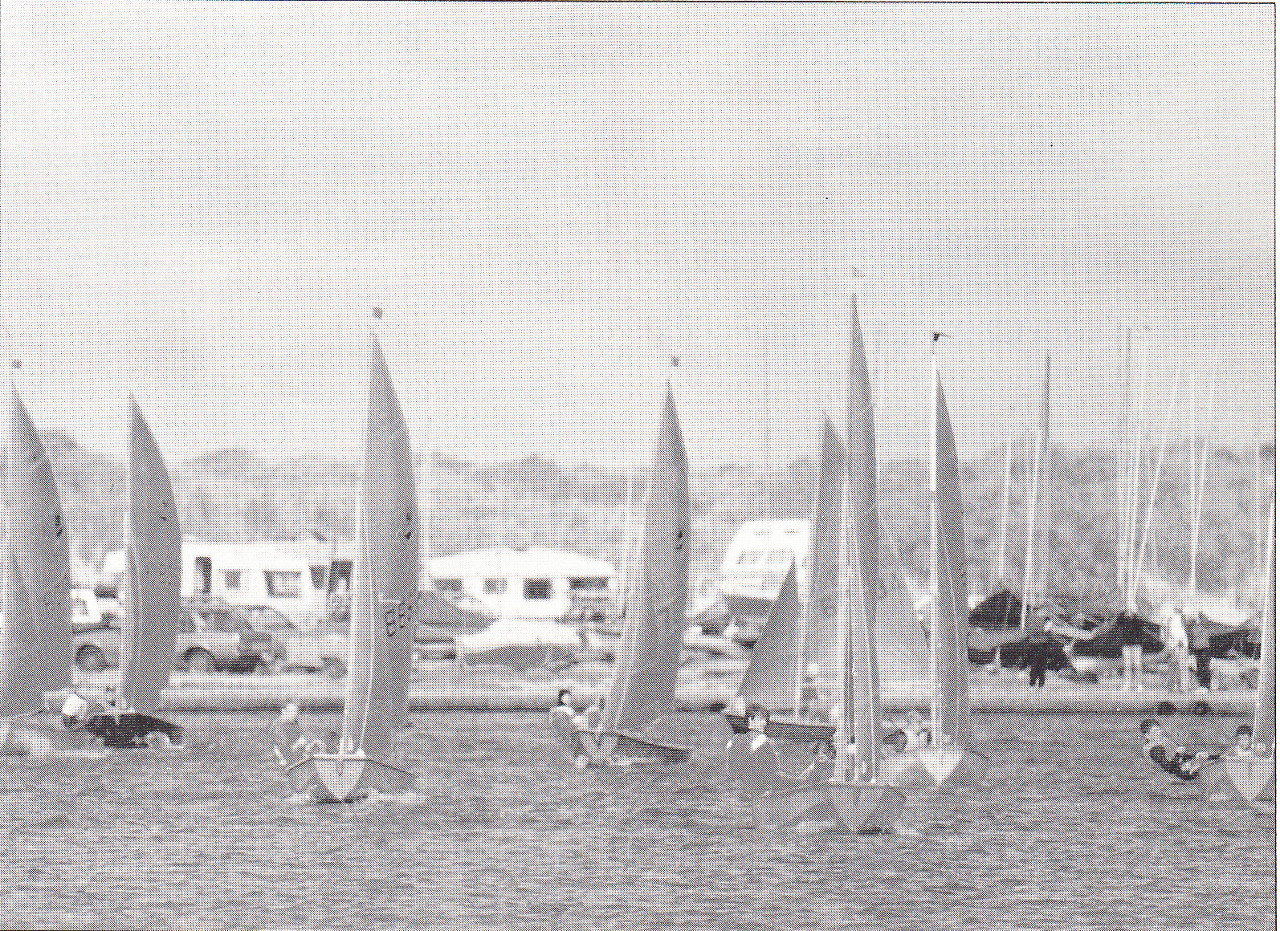 Thus the consistent and imaginative sailing of Luke and Gillian earned them their first Mirror championship. Doubtless their success will continue, Young Mike Preston put in a sterling performance to become the 1988 Junior Champion. All spectators were impressed by the quality of the racing. Many thanks to all competitors for providing an entertaining weekend and to parents and friends for their help and support.

Editors Note: This article is from Reflections No. 79 Winter 1988, page 7. It has been captured by OCR, so typos & errors are possible.