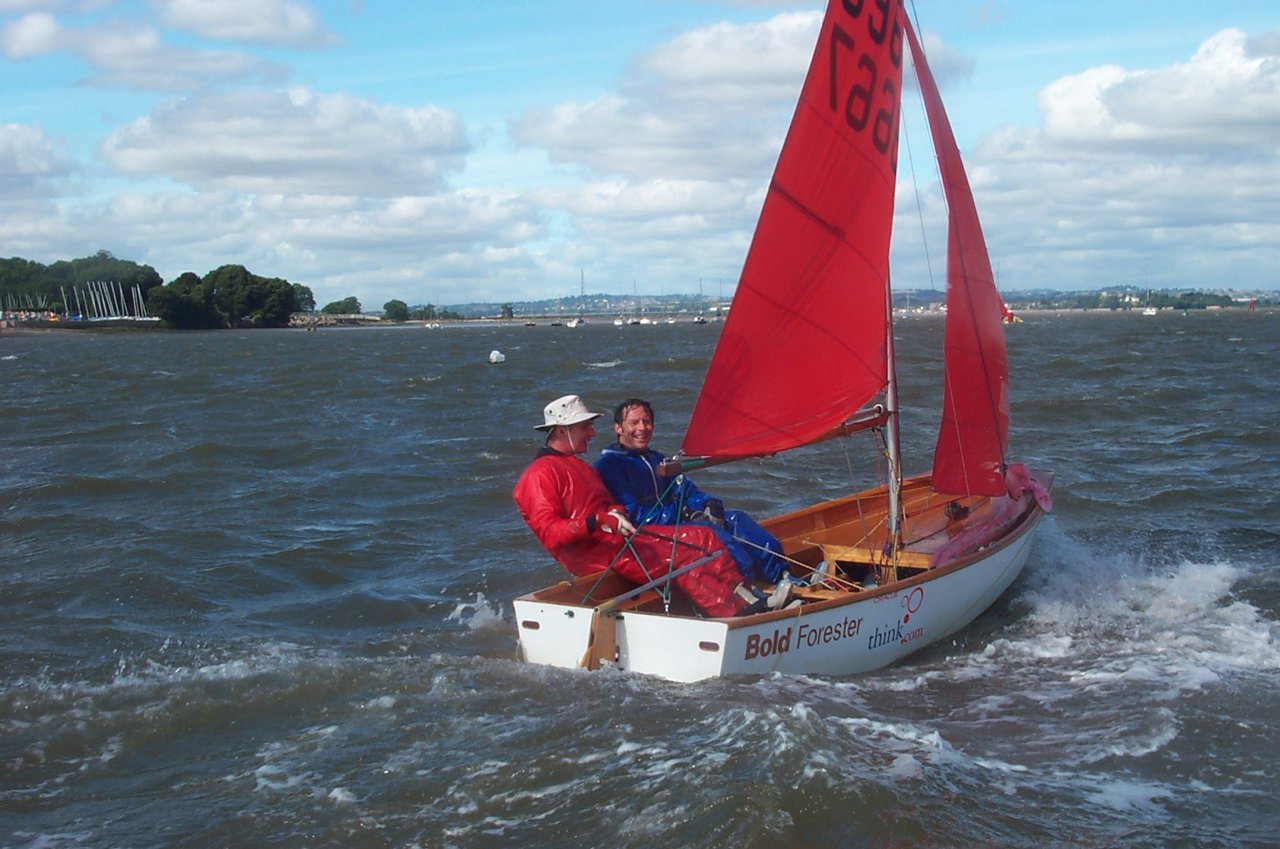 On the 8th and 9th of September force 5 to 6 winds blew down the exe estuary making testing conditions for the 30 competitors who travelled from as far as Cumbria for the weekend. This was the fourth and final selector for the National Squad and also a selector for the South West Zone Squad.

The race officer, Russell Gibbs, set "P" courses for the 5 race series. The high quality of the fleet was show by 4 different race winners. At the end of the first day, Elliot Jago and Ben Arscott shared first position with Steve and Juliet Long. The gusty winds and large swell claimed half the fleet by retirement, turning each race into more of a survival.

Overnight repairs allowed the fleet to return on Sunday to face more pleasant conditions with the occasional sunny spell, which was much appreciated by the spectators on shore. The extreme closeness of points at the top of the fleet put additional pressure on the leaders resulting in the odd collision before the start of the first race. An incident on the start line in the final race went to protest which denied Elliot Jago and Ben Arscott first position, which went instead to Martin Egan and Crispin Taylor, allowing them to claim the western area championiship title. The first youth boat was Ben Houghton and Stephanie Newcombe, who came third.

Many thanks to Richard Glanville and his team of Club volunteers for making things run so smoothly and for giving both sailors and spectators such a warm welcome.