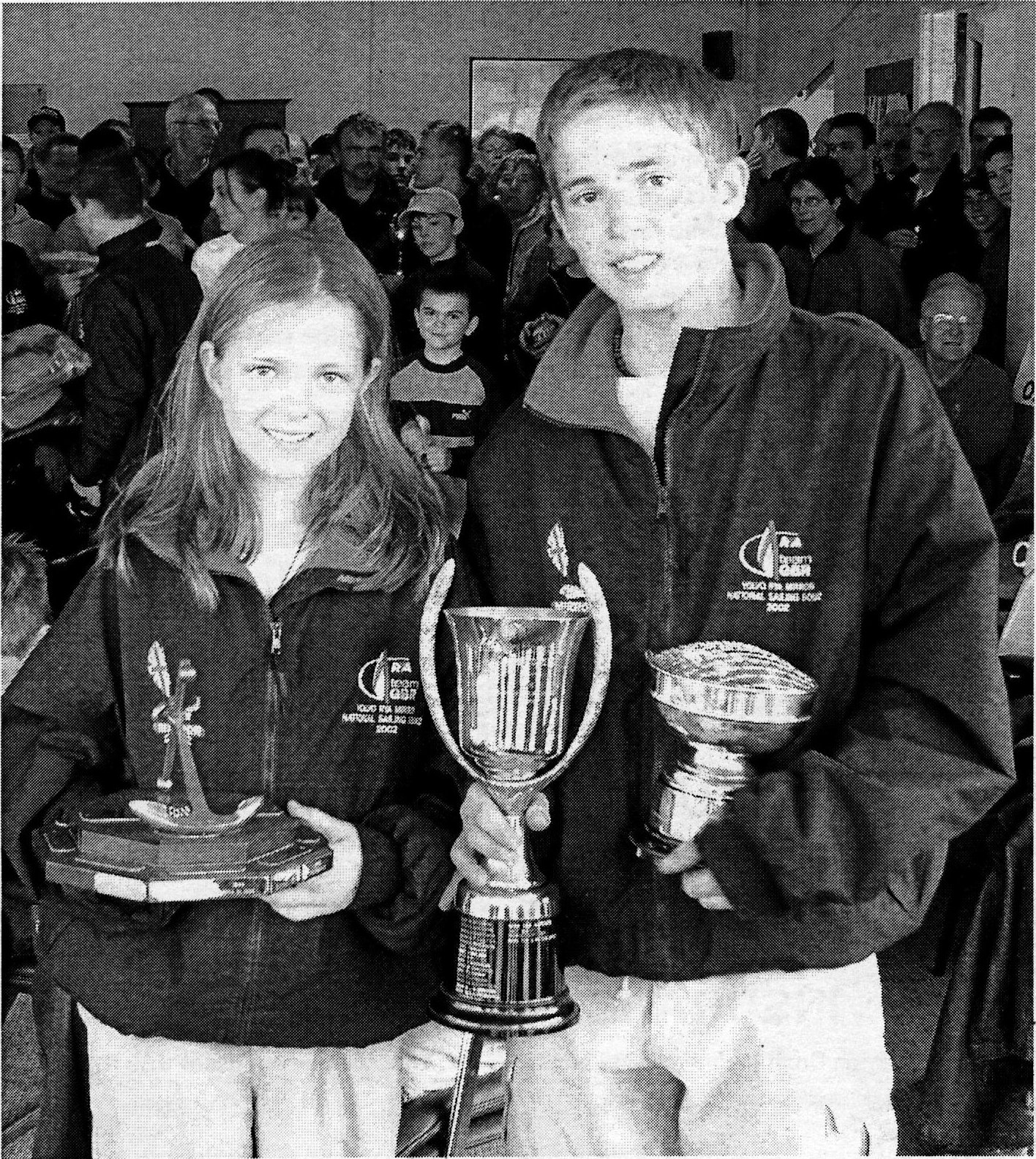 The attractive sunlit setting of Hollingworth Lake welcomed a fleet of 44 Mirrors to their Inland Championship. With visitors coming from as far as Penzance, Plymouth, Poole, Brightlingsea and Sunderland (and many places in between), it was sure to be a competitive event.  The weather stayed fine until the prize-giving, though the wind was light and highly variable. Jonathan McGovern and Nicola Brook were comfortable winners, but the next few places in particular were closely contested.

The first race saw an opening bid by Ian Dobson and Andrew Hall, having a small advantage at the first mark from McGovern, with Craig Bond and son Mitchell in 3rd place and Mirror expert Guy Wilkins (crewed by son Ben) in fourth. On the second beat, McGovern got through Dobson and gained a good lead to the finish. Bond came in third, but there was a close finish for the next four boats.

After a short break, the next two races were sailed back to back. Race 2 started with a general recall, followed by the raising of the Black Flag. On the restart, Dobson and McGovern got away to a clear lead over the others after the 1st mark. The McKenzie sisters were in 3rd, with Stuart Bithell and Holly Scott in 5th, but challenging fourth.  McGovern soon gained the lead, which he held to the finish, while the McKenzie girls broke through Dobson, with Bithell in fourth. Then the wind dropped away and veered to the north. Bithell took advantage and came in second, ahead of Dobson, the McKenzies and the Birrells who had climbed to fifth. It looked as if no further racing would be possible, but the wind freshened and filled in from the northwest and Race Officer Nick Brook moved to a new area for a start, but the wind swung back again. After 2 General recalls, the fleet was away and this time Josh and Judi Gebhard took the lead. The Birrells were well placed and overtook on a port approach to a windward mark and were never headed. McGovern climbed through the fleet, with Dobson close behind and, in an exciting finish, McGovern gained second.

At this stage, McGovern clearly had the overall advantage and it looked as if Dobson would be the only challenger, but Sunday was to see some changes of fortune. The wind was lighter still and very patchy on the water. Wilkins took the lead early and the Gebhards were fortunate to lie in second at the first mark from a poor start. McGovern was in fifth at this stage but climbed through to third, while Darren and Natalie Roach found form for fourth. The Birrells could make no progress and finished 13th, while Dobson had a useful 6th place.

McGovern could not be beaten to the title in the fifth race but other places were still to be decided. This time the Birrells were again on form and quickly built up a strong lead, which they held to the finish. The Gebhards and Wilkins were the chasing boats, but changed places as the race wore on, while McGovern again worked his way through to 4th, with Clubmate Bithell in fifth. Dobson was now in trouble for a good place overall and would be discarding his 15th place. Thus the Birrells took runner-up place overall, behind McGovern, with the Gebhards in third.