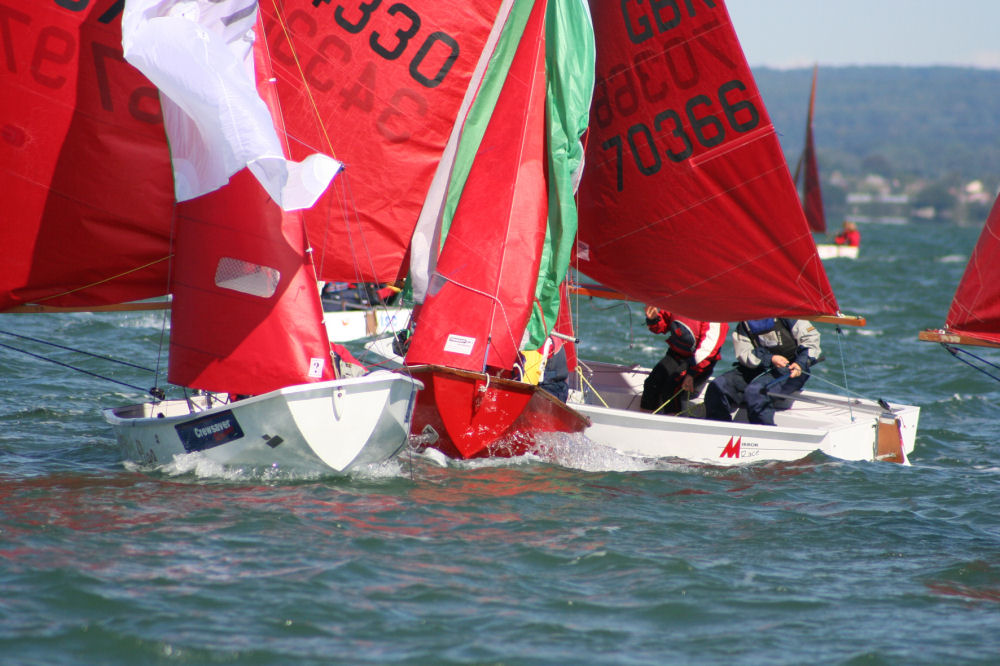 It was Saturday the 17th of September, and Itchenor was looking at its best in the bright (if slightly cold) sunshine for the first day of the Mirror Southerns. As Itchenor had only hosted two Mirror open meetings before this, and never a championship as large as the Southerns, this was by no means an easy task for the class captain, Sarah FitzGerald and the many other people who helped to make the event happen.

With a forecast for light winds and roaring tides, the sailing was never going to be easy, but this didn't put off the forty-seven mirrors that entered, Peter Gray even turning up to the event without a crew or a place to stay!

With a first race at 11.15, it wasn't long before the mirrors were setting off down the harbour, navigating carefully past the thirty-odd oppies that were setting out from Bosham. 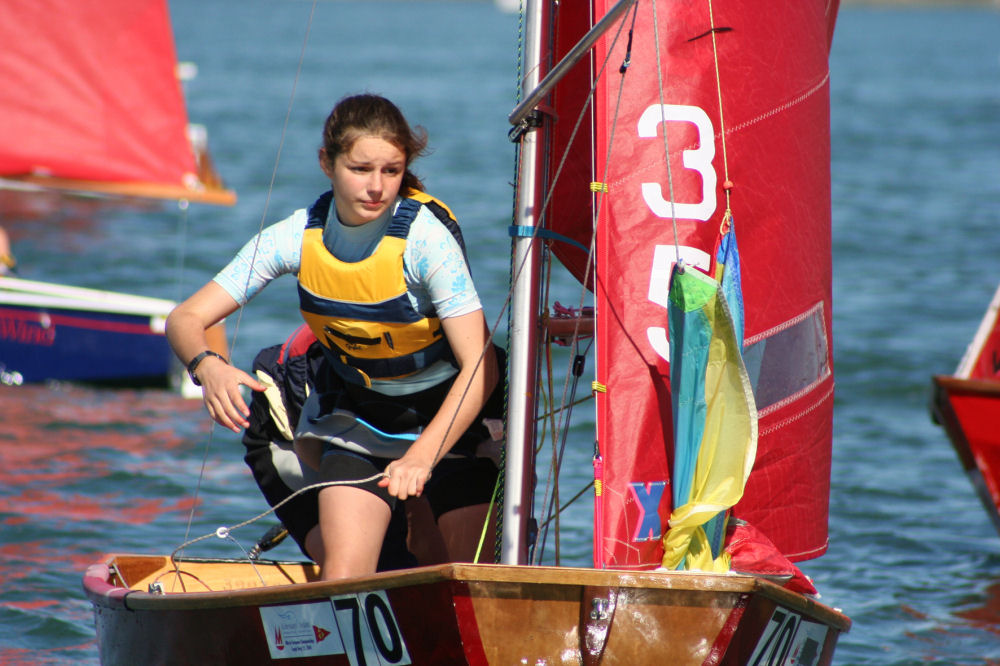 The first race was won by John and Jamie Clementson, who came third place in the recent World Championships in Sweden, and who NARROWLY beat ex-national squad sailors Eloise and Kayleigh Hanson. Jack Yeoman did extremely well with a 5th place, his best of the series but six other boats, including Peter Gray, despite having managed to find a crew in Jo Kalderon, sailed the wrong course and so had to retire or else be disqualified.

With the tides getting stronger the second race was sailed around lunch time, this also won by the Clementsons, from Chipstead Sailing Club, with Hector and Ben Cisneros taking second place. 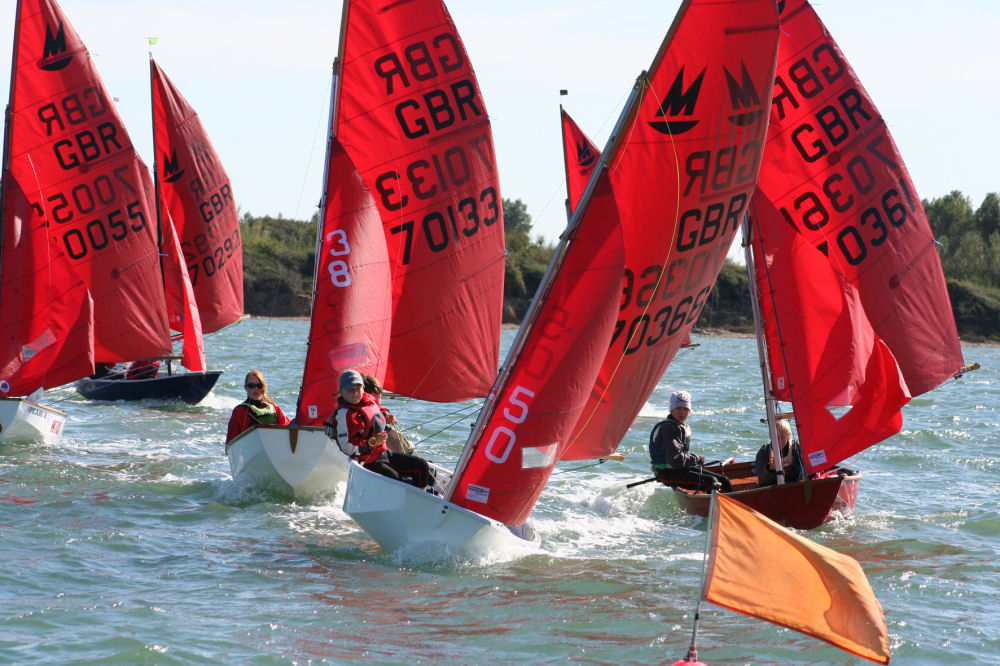 The last race of the day began in good winds, with both Peter Gray and Shaun Mason getting good starts. However, as Shaun stayed out of the tide until the last possible moment, he had achieved a strong lead by the windward mark. During the second beat, however, the wind began to drop and fell almost completely as the majority of the fleet approached the windward mark. Despite the wind eventually picking up, many boats didn't finish within the 20 minutes after the first boat time limit and so were scored DNF. Jack Yeoman, Jack Pudney and Tom Sandsberg were amongst the Itchenor boats that didn't finish, with Jilli Darling and Jake Woolfenden the last Itchenor boats to finish, with less than two minutes until the time limit was up! With Chris Darling as Senior Race Officer, it was a nerve-wracking finish on the Committee boat. Emma Houlihan and Emily Mackenzie handled the conditions extremely well to win the race, with Hector Cisneros in second place. Rebecca Kalderon and Olivia Peacock also sailed well to come third, their best result.

Back to the club and Itchenor's very own Olympic Sailor, Christina Bassedone, was there to give a talk to the Mirror sailors, on her journey from Itchenor Mirror sailing to 470 at Athens and on hopefully to Bejing. This was followed by drinks and supper in the club.

The next day dawned as if it was still summer, with a warm sun and very light winds. Many of the competitors didn't think at first that any races would be held!

However, the race officers didn't agree and so... it was decided to tow all 47 boats down harbour. Something of an achievement for the rescue boat crews organised by Andy FitzGerald. As the boats neared the race area the sea breeze arrived to give perfect high tide harbour sailing. Peter Gray and Jo Kalderon one the 4th race ahead of Hector and Ben Cisneros with The Barry sisters from Brighlingsea in third. In the sparkling sunshine and 8 knots of breeze race 5 was won by National Champions the Cisneros ahead of Emma Houlihan with local sailer Ed FitzGerald and James Wallace in third. The race win secured the event for Hector and this left the last race to decide the runner up places.

Photos of all the boats in ranking order 1 to 45, except 38th (not photographed), photos are © Nick Bottomley www.ocean-pictures.co.uk, there are some more Nick Bottomley photos here.