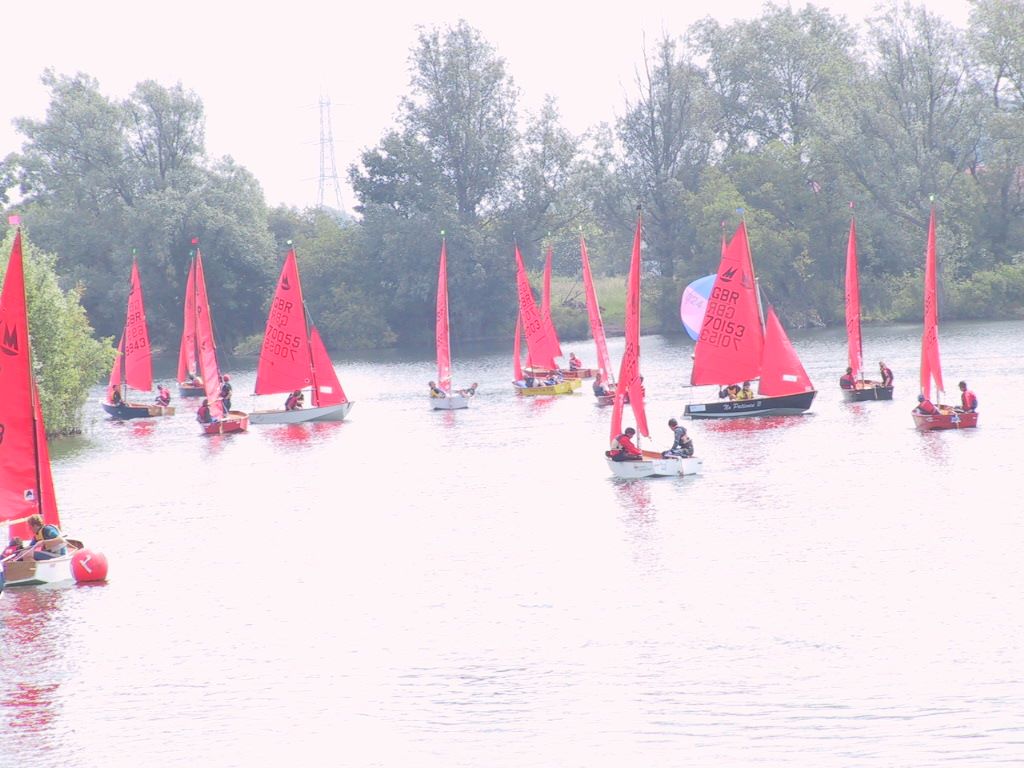 Following the launch of the Mirror dinghy at the 1963 Boat Show, the first open competition for the class was held at Wraysbury Lake Sailing Club on Friday 12th April that year.

The 2003 Inland Championship returned to the club to celebrate the 40th anniversary. 36 boats competed during the two days of racing, including number 3 'Dingbat III', one of the first prototypes, and number 14 'Mimi' the winning boat in 1963.

Photos of the sailing (kindly shared by Neil & Paul Cooke)

There was a competitive field of top national and international sailors, racing for a clutch of silverware, The overall winners were father & son Guy and Joe Wilkins, winning 3 out 6 races. In the single handed class David Hughes aced the competition with first places throughout the race card.

A classic Mirror event with on-site camping, fantastic hospitality, great spectating, top class race management and close racing in a variety of conditions. A big thank you to the Commodore and all the Club volunteers who gave us such a great event.