These photos, which appear in the 1960s Mirror Dinghy publicity brochure, are thought to be from the 1963 National Championships held at Royal Corinthian YC Burnham over the week 15th - 20th September 1963.

The story was recorded in the Daily Mirror so report text is © Daily Mirror. Also thanks to the www.britishnewspaperarchive.co.uk . 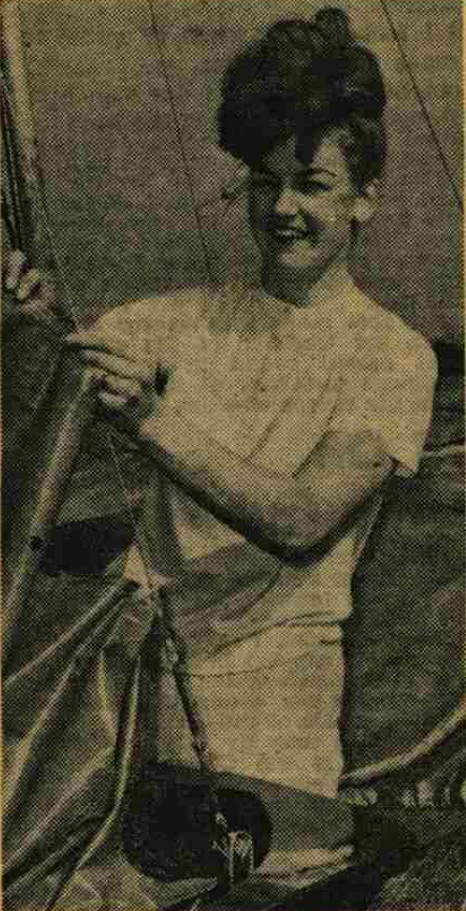 Sturdy Mirror dinghies are fighting this week or the honour of being Mirror Dinghy Class Champion, 1963. The dinghies own national championships got off to a flying start yesterday at Burnham-on-Crouch, Essex. Competitors came from as far away as Plymouth and Staffordshire to compete for the Daily Mirror Trophy.

Winner of the first race was Mike Flint, a committee member of the host club, the Royal Corinthian. Second place was won by James Coughlan, of Enfield. His boat was crewed by his fiancé Sally Taw. The championship final is on Friday.

Bill sails ahead in Mirror race

VETERAN helmsman Bill Jermy, 57, is hot favourite to win the Mirror class dinghy national championships which end today at Burnham-on- Crouch, Essex. Bill, a builder, of Eversley, Hants, has won three races in the week-long championships. He built his boat, 'Appy 'Arry, himself. 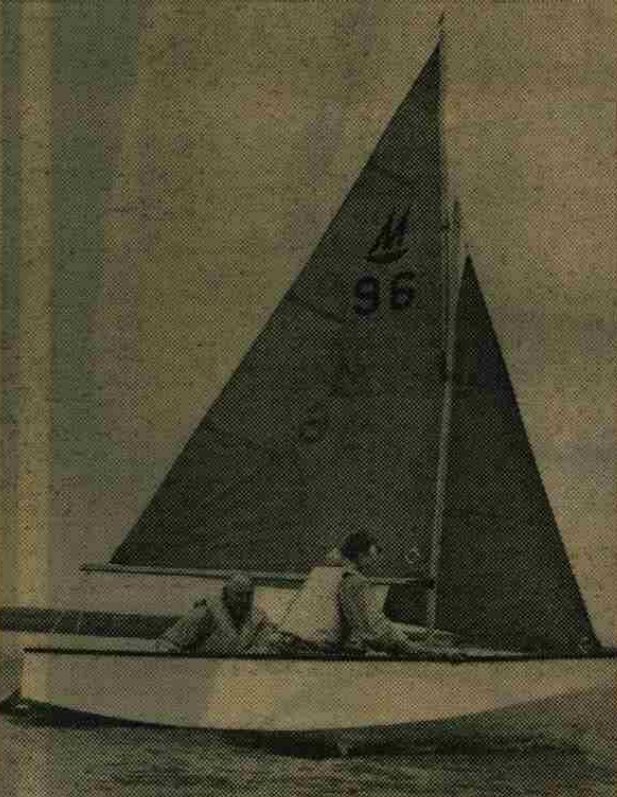 Norfolk Broadsman Bill Jermy, 57, became the first Mirror Dinghy National champion yesterday, after a week of thrills at Burnham-on- Crouch, Essex. Bill—pictured above left with his crew, Tim Keeling - won the Daily Mirror Trophy, a handsome winged silver cup, which he will hold for one year, and a large silver goblet as a permanent prize. It was a do - it - yourself Championship. All the winners had built their own boats.

Mrs. Buxton said: “I was terrified at first, because I had not sailed before. But the dinghy is so safe that I really enjoyed myself as we learned how to race."

A special prize for tenacity and skill went to Dr. Oliver Plunkett, 58, physician at St. Peter's Hospital, Chertsey. The doctor, sailing with his 10 -year- old son Michael, was the only finisher in a tough 6-hour race. The Mirror dinghy is Britain's fastest - growing class of racing boat. Nearly 800 have been sold in the eight months since the class was launched.

Editors note: We only know the first three places. I think there were five races, and have derived results based on this. The tough six-hour race must have been on Friday, since after racing on Thursday Bill Jermy is reported as having won three, and we know Mike Flint won the first one. I don't know what scoring system was used, so just race positions recorded.

For some reason Bill Jermy was recorded as 'F.W. Jermy' and James Coughlan as J.R. Caughlan in the list of Past & Present Champions. This has now been changed to Bill Jermy, in line the the 1965 Yearbook which has him as W. Jermy Esq. , and James Coughlan in line with the two Daily Mirror reports (he does not appear as the owner of 457 - Kingfisher in the 1965 Yearbook).

In 1964 the Daily Mirror published the following photographs which are thought to also be from this event. 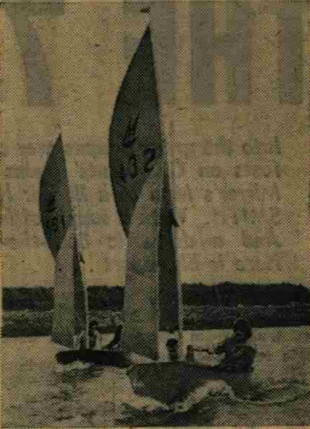 From Who’s for a race with the great Mirror Armada? - 1964 Nationals preview