1) Extract the double core from the cover, I went for 1m from the end of the mainsheet. I found the first part of the Rooster video, of how to taper Marlow Excel Fusion (above) really useful, however, it's not possible to taper the cover on Gemini in the same way. David Mossman from Marlow explained that there is just not enough 'room' inside the inner core to do this (originally I had tried to do it this way, and it didn't work). Cut off most of the cover, leaving about 200mm to use for the taper

2) At this point I suggest you tightly tape the cover (with some plastic tape or masking tape) just above the point where the core emerges. I didn't do this, and I think it would have been better if I had.

4) Dis-assemble the strands of the cover up to where the tape is.

5) bunch the core up and insert your long fid (as in the Rooster video above) at the point were the inner core emerges from the outer core and work it up, between the two cores, emerging through the outer core just below the point where the tape is.

6) Put some strands in the fid and pull them through. I managed to pull about 7 or 8 strands through in one go. It's probably sensible to go for the strands on the cover which are closest to the point where the fid is emerging, but I'm not sure. You could, I suppose, do this four times, getting the fid to emerge from the cover at different points (sort of 90 degrees apart) and just pull through the two closest stands through each time. You are trying to get the cover to go inside the core in an 'even' way (so it will run through the blocks without any problems) and keep the cover intact when you take the tape off 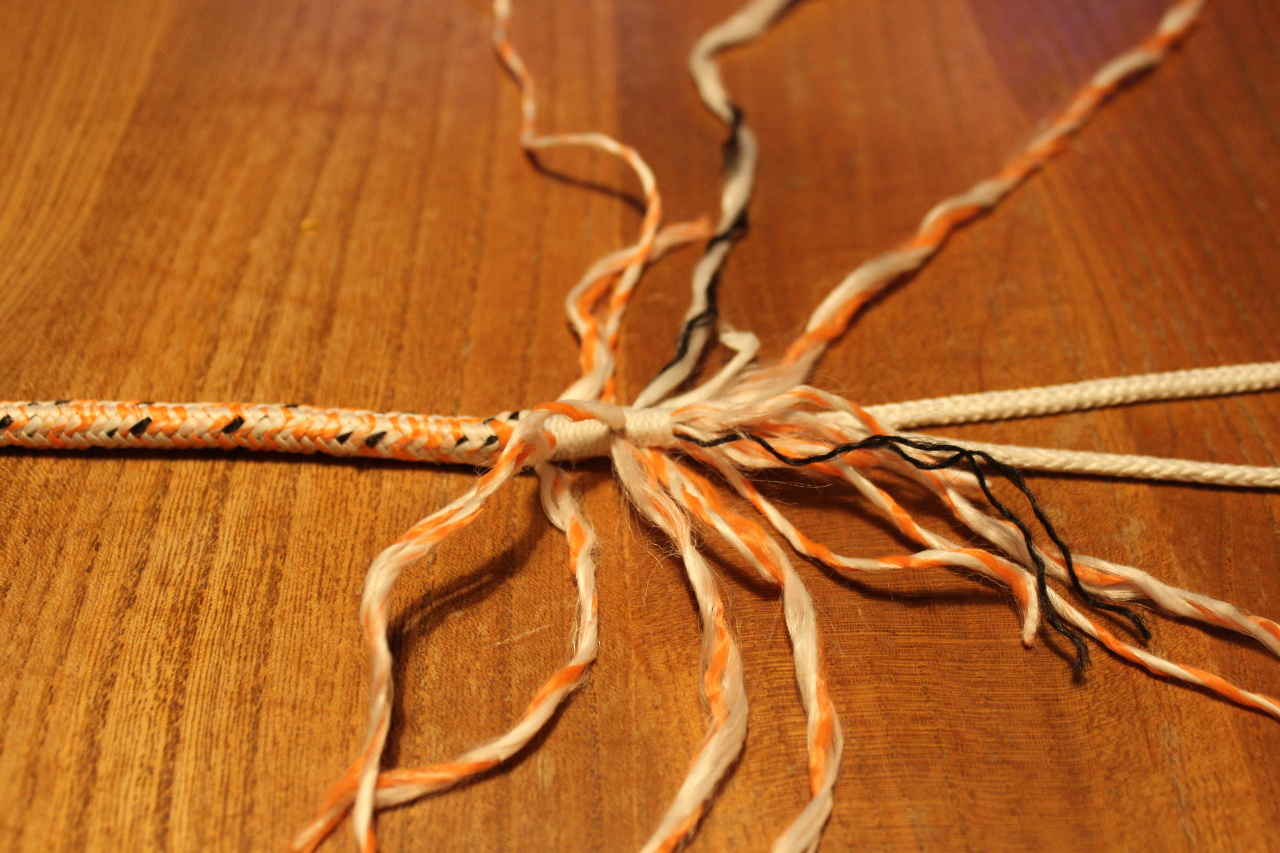 7) Pull other strands through, going into the outer core near to where the strand emerges from under the tape, getting them to emerge from the outer core above the point where the inner core emerges creating a taper. Having already pulled 7 or 8 strands through with your fid, space between the inner and outer core, is now very limited. I did this step from just below the tape, going downwards towards the split, with a darning needle, a sailmakers palm and increasing amounts of force. 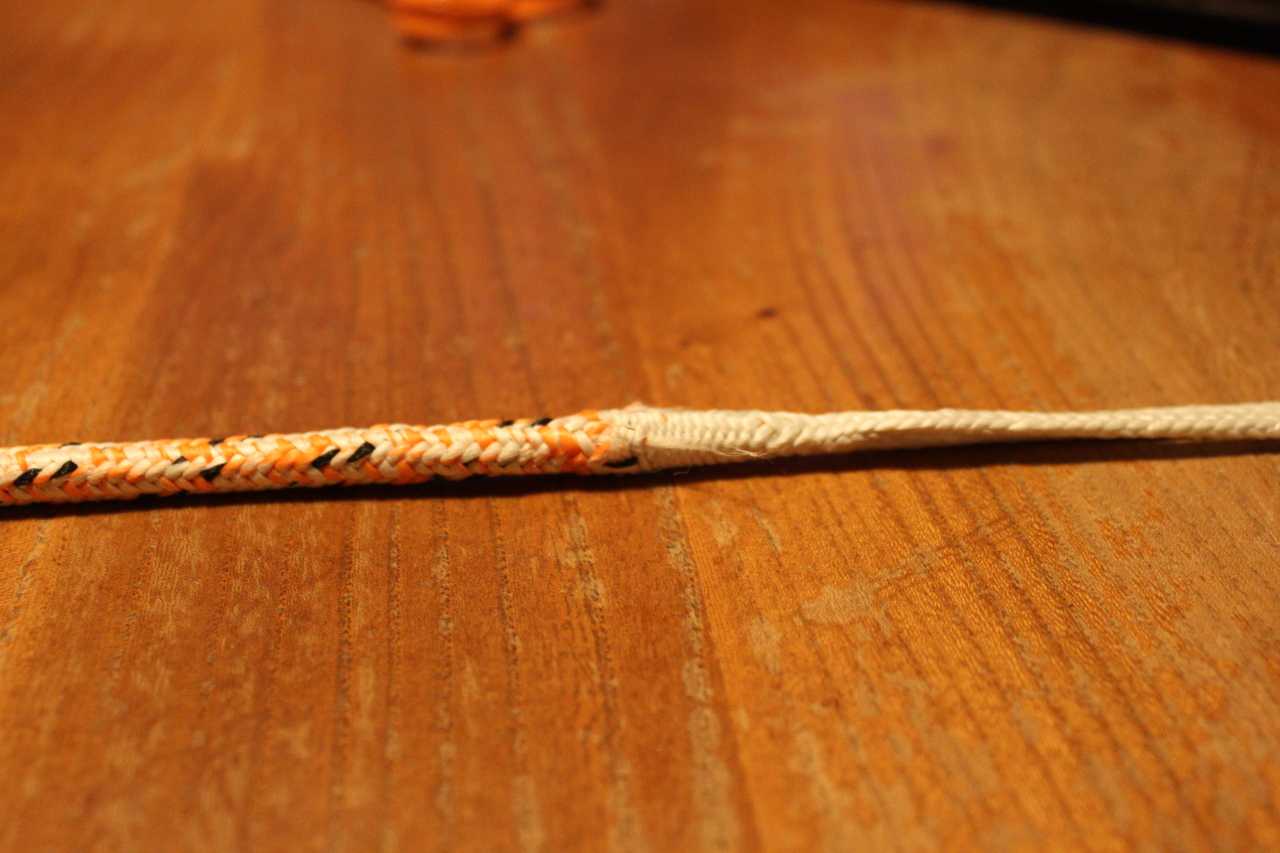 I'll be using the mainsheet this season, so will have to see how the tapered cover works out.