What a restart to Open Meeting sailing after eighteen months of twiddling our thumbs! A weekend of racing for Mirrors with eighteen entries. The Lake looked positively crowded!

Although the weather had been wet and wild prior to the weekend, the first of the race days was reasonably sunny and warm. The only trouble was the wind – or lack of it! There was around an hour’s postponement between the race briefing and the start of the first of Saturday’s races.

Race 2 had more fluky winds which had a significant effect on the start. In one of the oldest boats in the fleet Bass’ Rear Commodore Naomi Smith with little daughter Lucy aboard got a flyer off the line and they extended their lead on successive legs to take an impressive win. Northampton SC’s Rob Cook with young Elizabeth as crew finished second following up a similar result in the first race to share the overnight lead.

Sunday was, as forecast, considerably windier and also wetter and chillier. In Race 3 it was a southerly although the surrounding fells provided some protection from the gusts. Andy & Lily Smith took the win ahead of the Cooks and the Vials. Race 4 was held back to back prior to a break and, with the Cooks being OCS the win went to the Vials from the Smiths. Jonathan Bullen (Bass) with young Gracie as crew finished third ahead of Beaver SC’s Matt Grayson sailing single handed. Katia Smith / Hannah Preston (Bass) capsized their Mirror and, with considerable effort, just managed to keep it afloat and return to the Club’s jetty.

By this point the wind strength had increased by at least one further notch and swung south east so that the wind and the swell were coming directly down the lake. Many competitors decided there and then that they wouldn’t launch again for the final race but the trophies were still up for grabs so five mirror crews ventured out, most having deposited their young crews ashore.

Vial, Cook and Smith were all in contention dependent on their final race result. Graham Vials decided against starting and, when Andy Smith pulled out a significant lead over Rob Cook the Mirror Fleet win was theirs.

Matthew Somerville / Poppy Christie took the award for the first Under 17 under seventeen helm and crew. 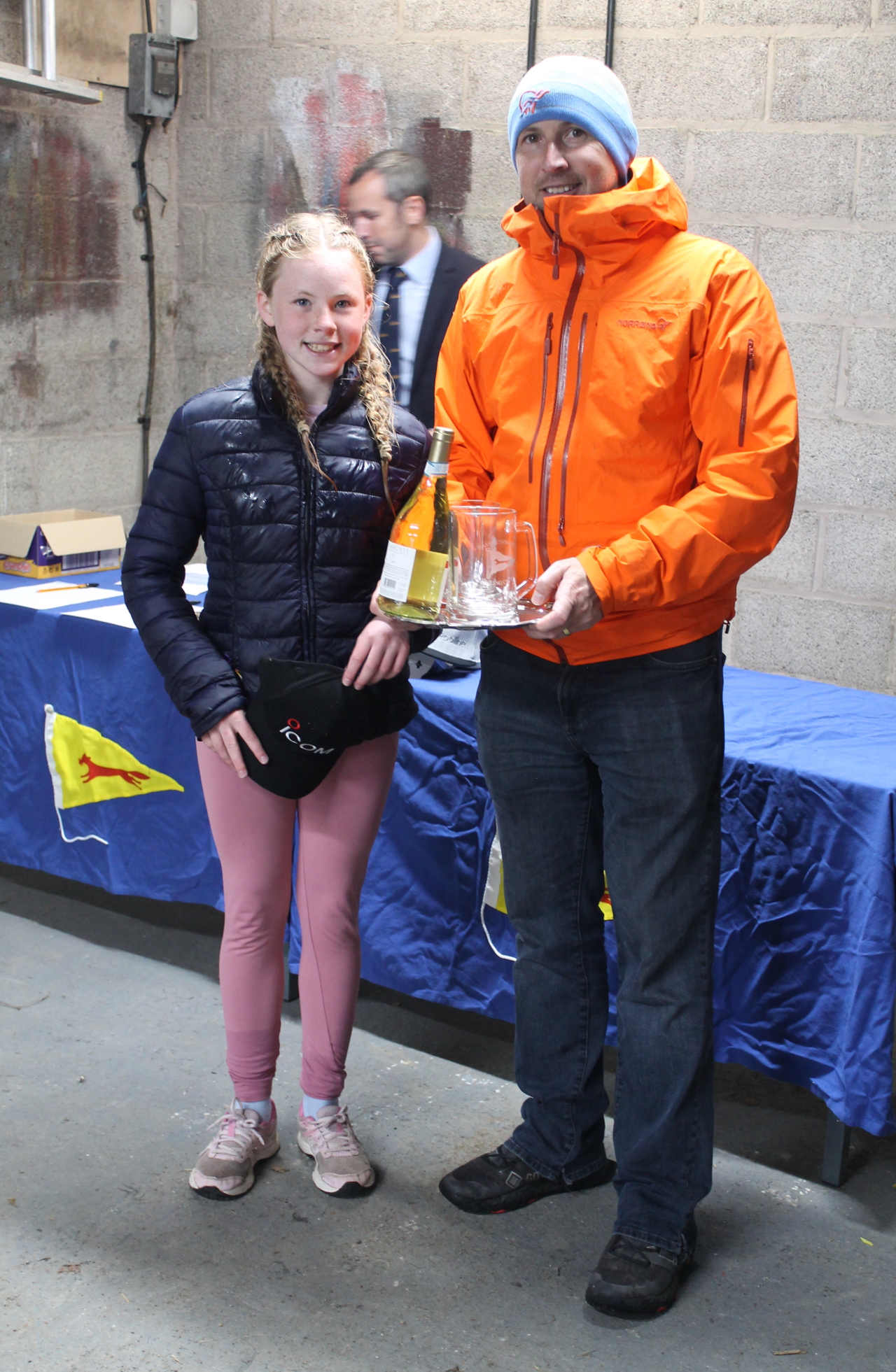