43 boats including the reigning National Champions Chris & Daisy Fuller, ex-Olympian Simon Hiscocks, ex-World champion Chris Balding & ex-National B14, Contender & RS800 Champion Ben McGrane plus a host of other top sailors, gathered at Restronguet SC for the Gul UK Mirror Nationals from 3rd to 6th June. Great racing in the sheltered waters of the Carrick Roads, cracking weather, (apart from Saturday), camping adjacent to the club and, despite the restrictions imposed by Covid-19, the club did their best to be welcoming and accommodating. 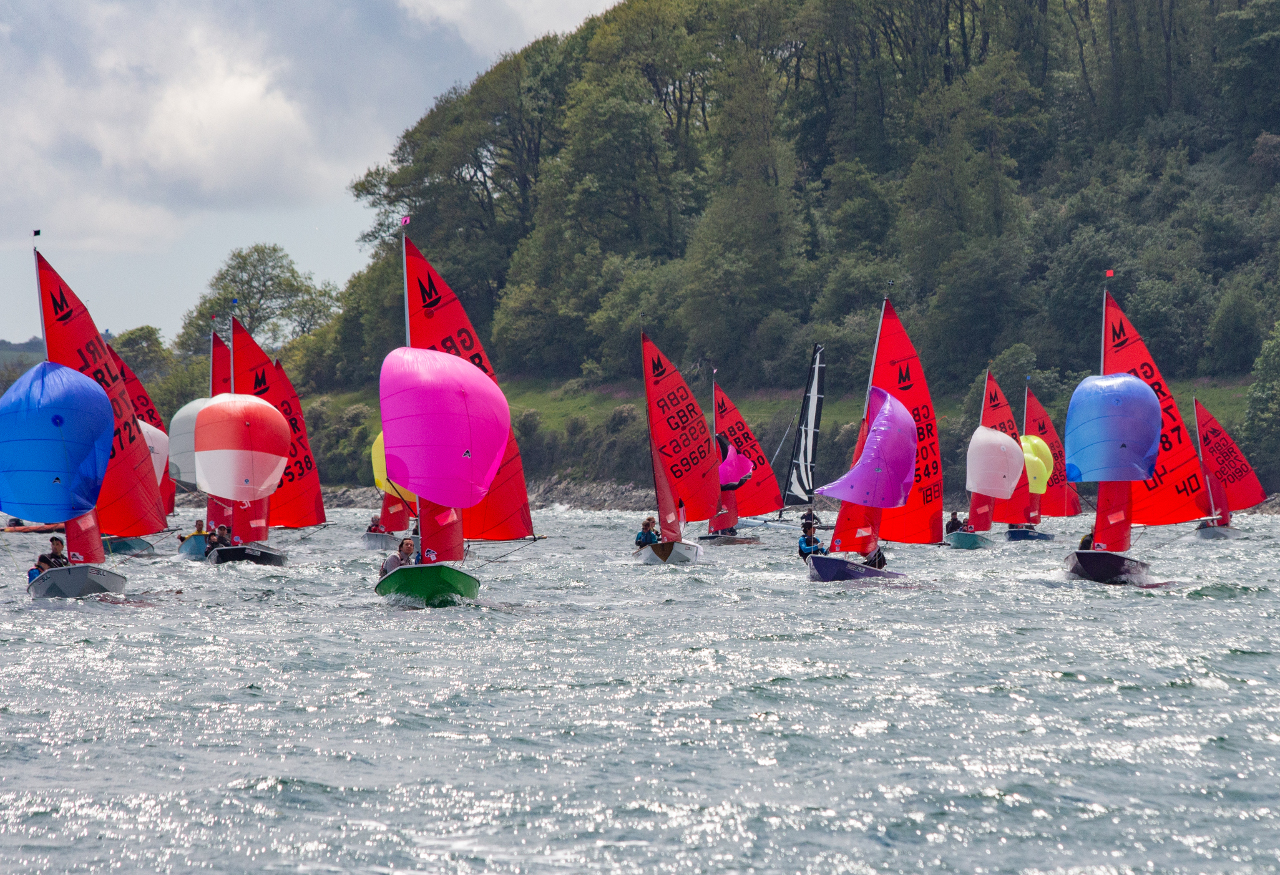 Competitors enjoyed great race management with PRO Phil Slater and his team working hard to keep races the correct length, with minimal delays between the races. All races were started under the 'U' preparatory flag which resulted in no general recalls and the races starting in a timely manner. 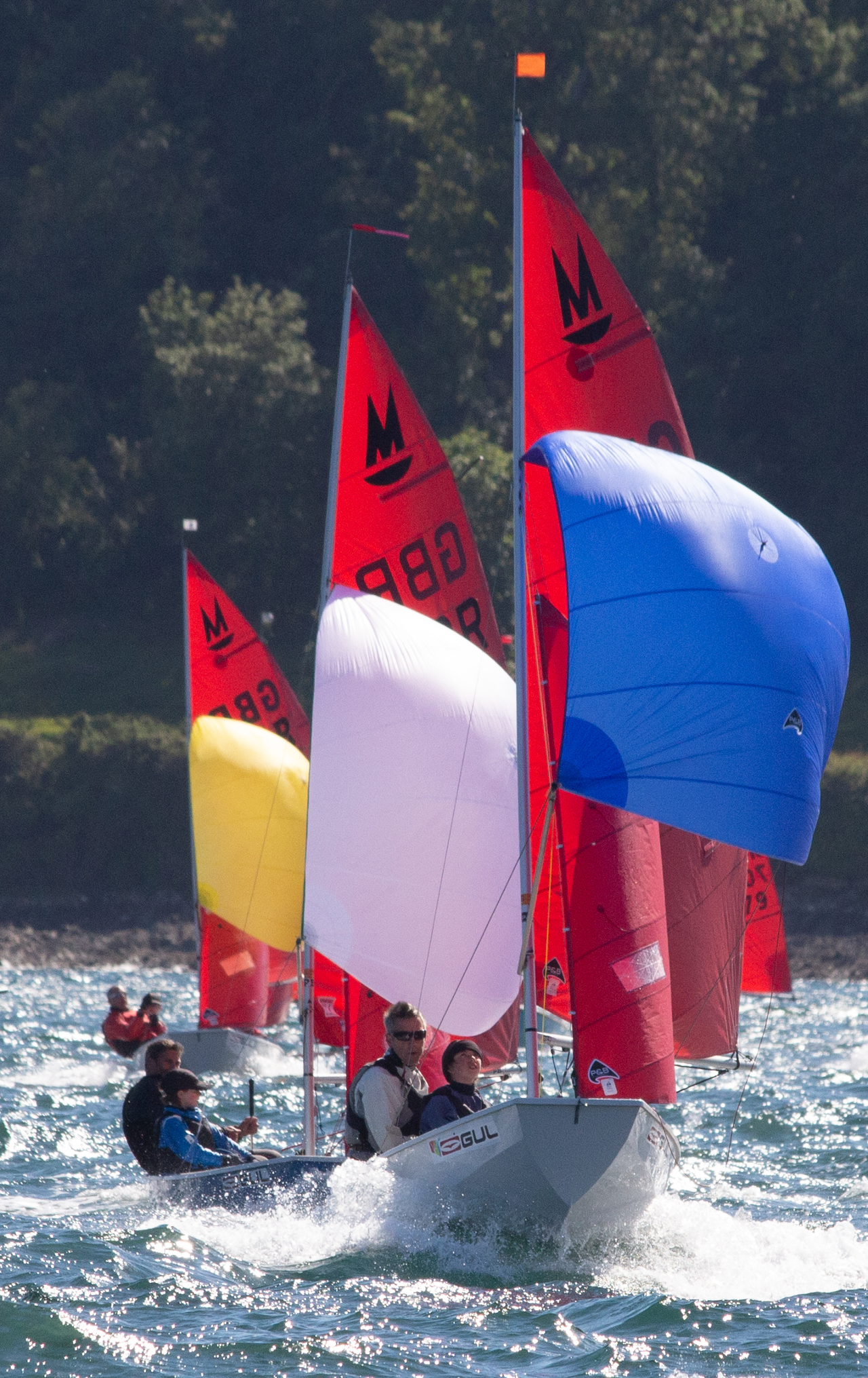 Friday and Saturday both had a pretty solid 3-4 southerly which brought in a bit of swell & chop from Falmouth Bay. On Sunday, as boats launched around 10:00, the prospects did not look good - overcast, calm, forecasts of very light wind from various directions, depending on the forecast model - it looked like there was little chance of any racing taking place. But the race team went out and set up, and after a short postponement, a light south easterly started to build, the sky cleared leaving sunshine and a force 2-3 for the last two races. 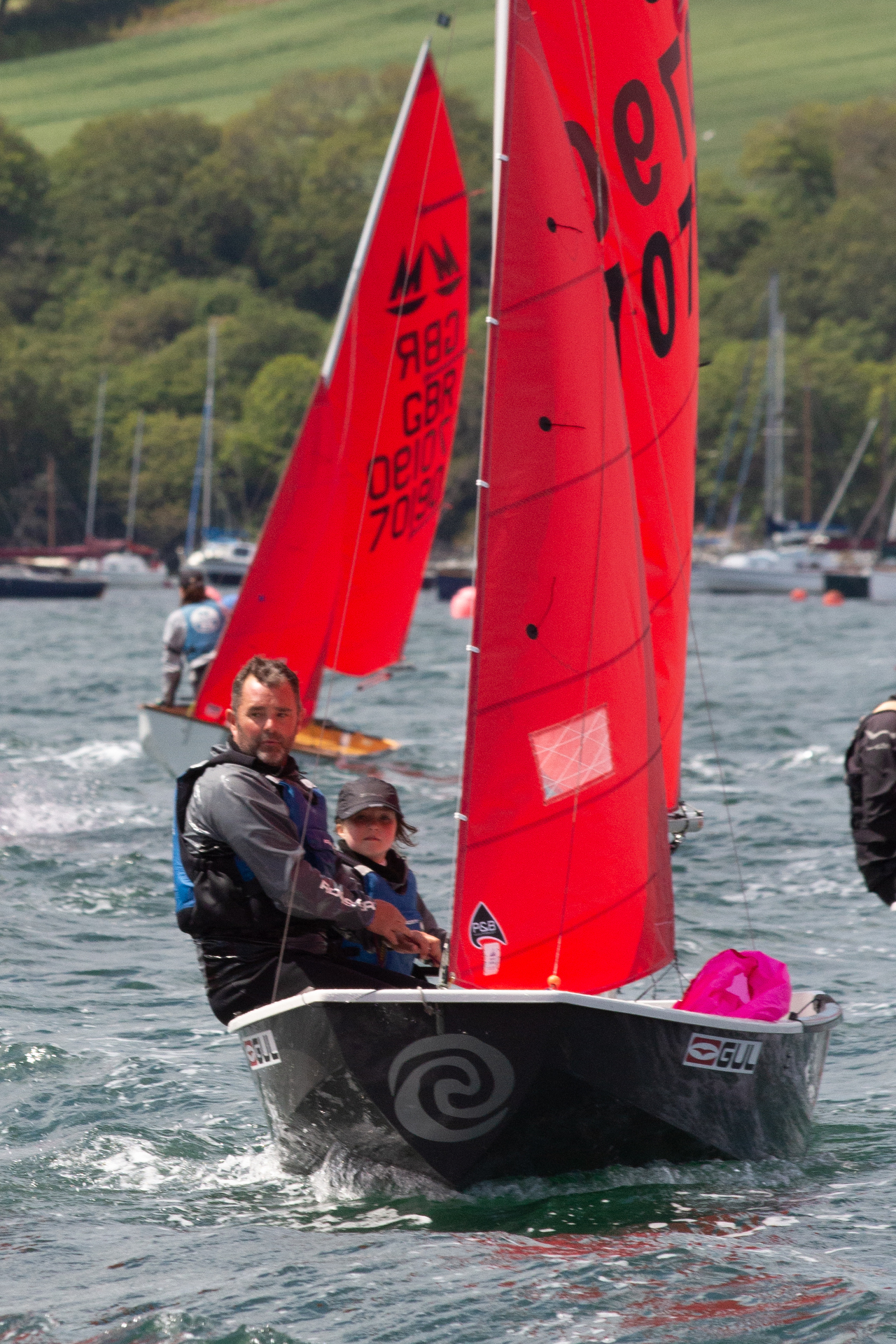 Once again we had What HAppened Today? (WHAT?). After everyone was changed and re-fuelled, a post-racing debrief by Chris Balding with input from Chris Fuller and Ben McGrane. 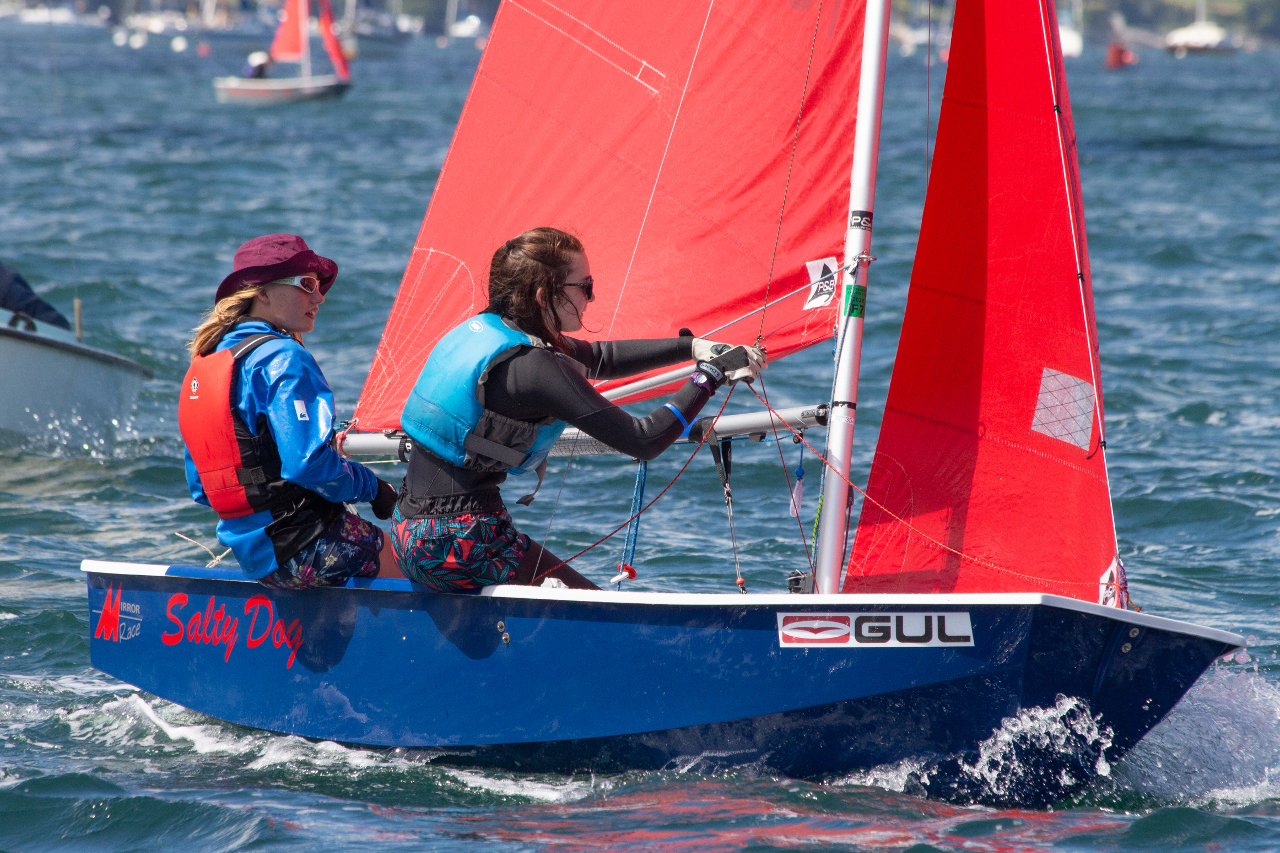 In the Silver Fleet (i.e. U15) racing was very close with countback needed to split Milly Tregaskes & Taryn Banks in 15th from Poppy Luxton & Lottie Tregaskes in 16th.  Top Youths (i.e. U19) were Hannah Staff & Ruby Porter from Looe in 21st. 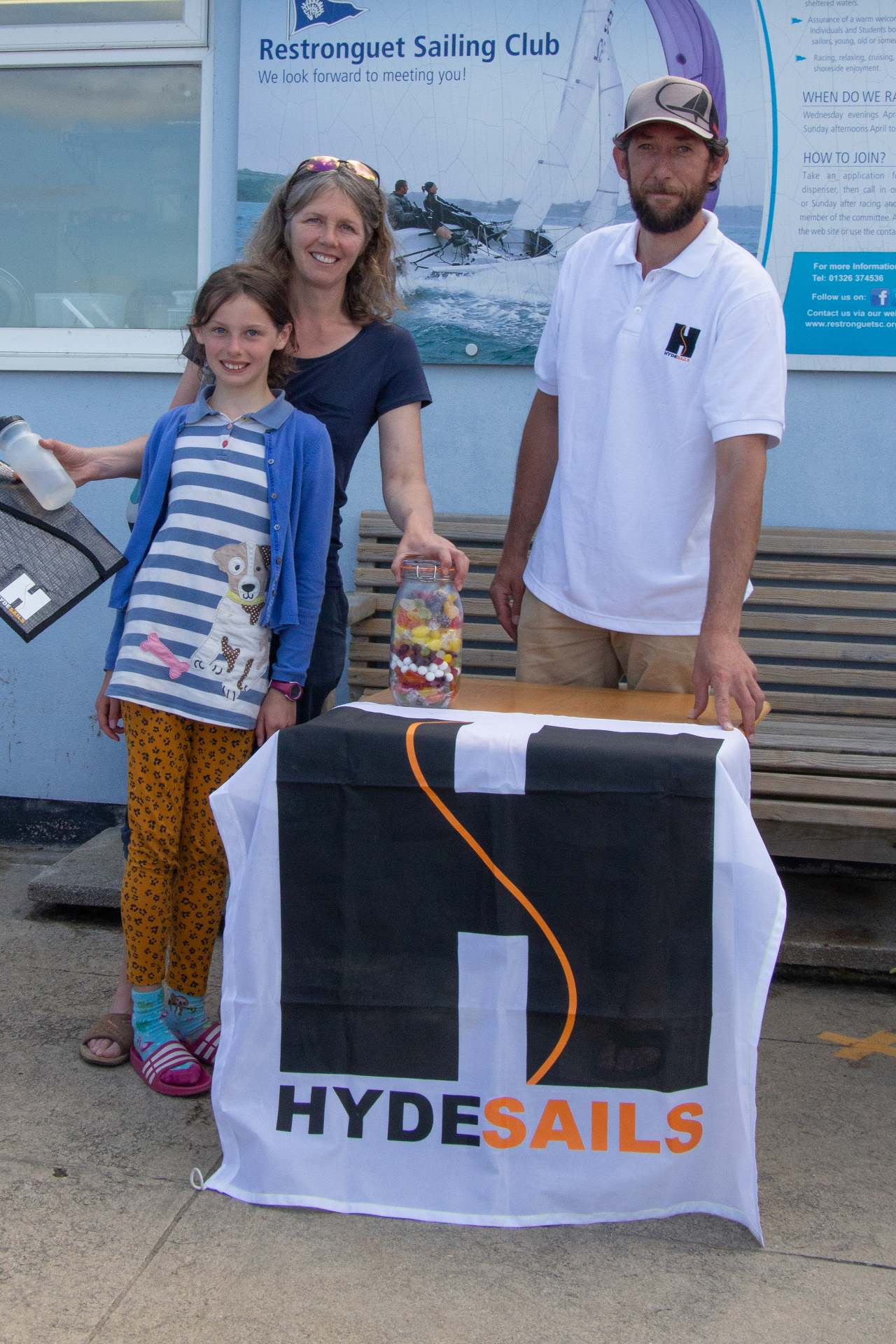 There was a 'guess the number of sweets in the jar' competition to win a Hyde Sails spinnaker.

There are more boat photos from Cornwall based photographer Mary Fletcher on Lens2Print.

Thanks to headline sponsors Gul for the vouchers, Hyde Sails for the spinnaker prize, Roddas for the clotted cream in the goodie bags and other companies for the spot prizes. Also thanks to Barrie & Meme Phypers for Project managing the event.

If you missed ordering a hoodie before the event, the design is still available on the streetshirts website and you can order direct from them. Don't worry that the design mock up on the website has the front logos slightly missplaced (and too big) and the back logo rather too large. What you should get is exactly the same as everyone else.