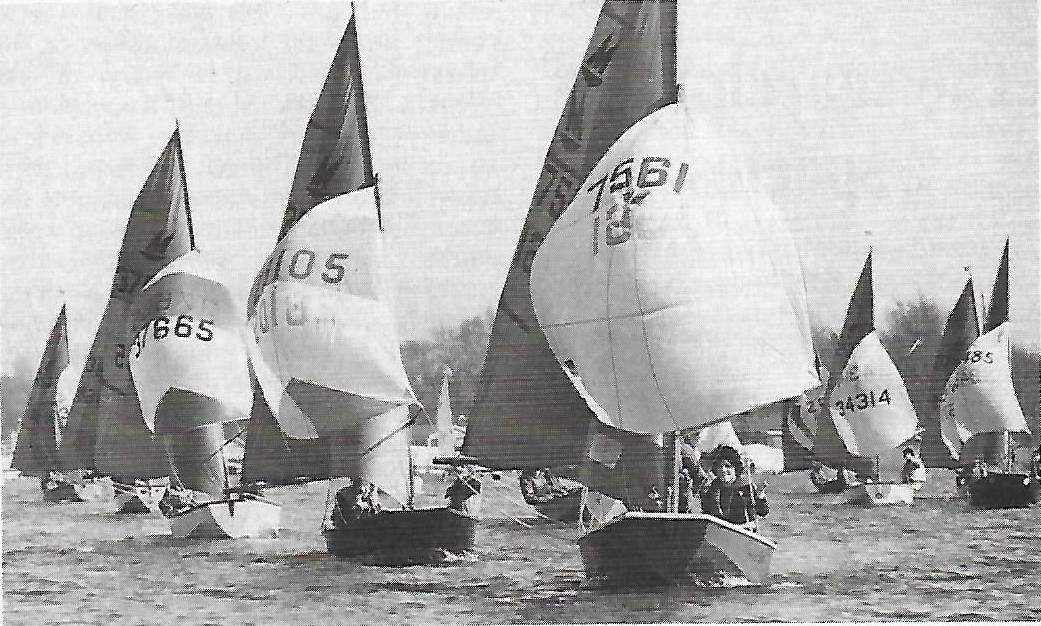 In brilliant spring sunshine and with a light but steady south-easterly breeze, the 60 boat strong Mirror Junior Fleet took to the water, looking for all the world like a swarm of migrating ladybirds — enough to daunt all but the most determined holiday helmsmen. 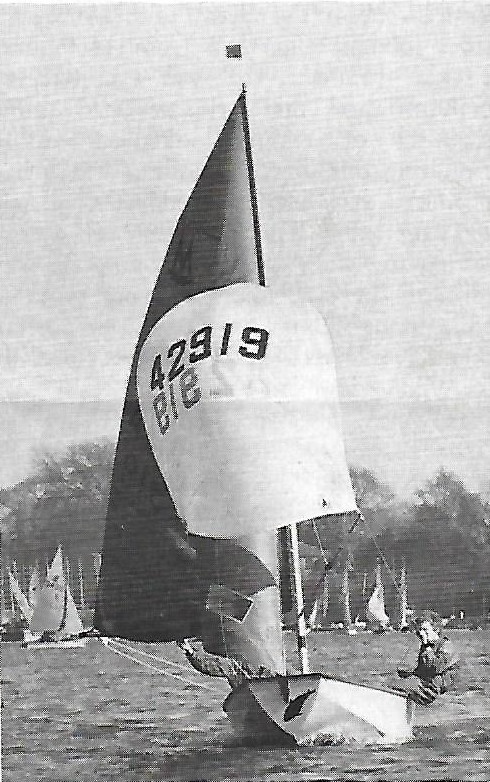 In the first race, Chris Sidey, in ‘Sidewinder,’ quickly took the lead, but lost all the ground he gained upwind on the long downwind legs, and had to be content with third place behind Mark Rushall, last year’s Junior and National Champion, and Chris Owen of Northwich S.C., winner of the World Selection Trial at Derwent Reservoir last October. The breeze dropped to a draught in the late afternoon and retired almost 2/3 of the fleet when the time limit expired. 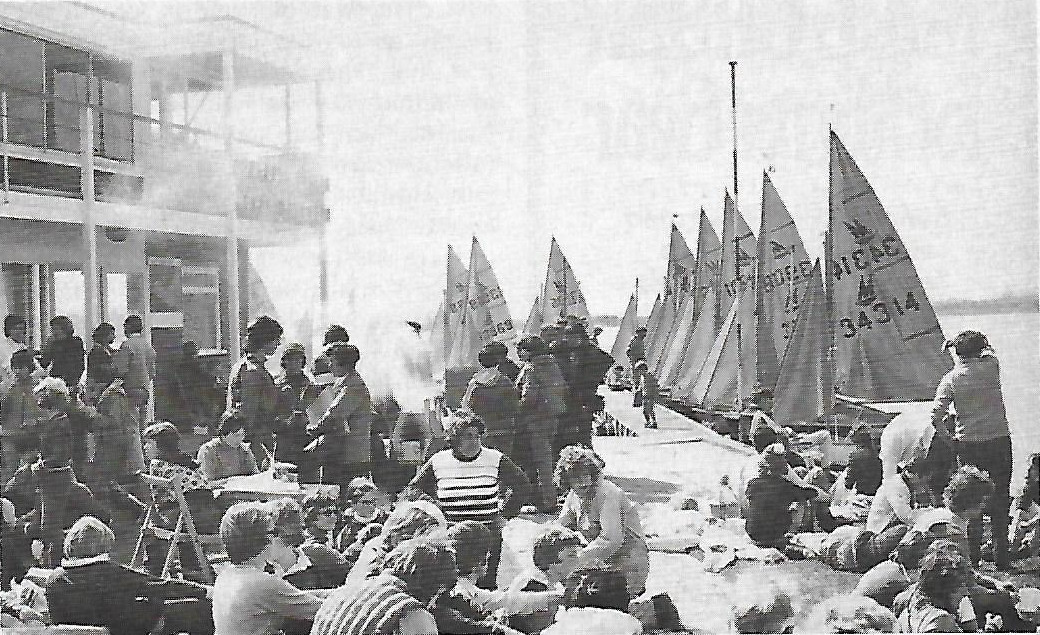 The even lighter and more fickle breeze on Sunday made the Race Officer’s task of setting a competitive course a hard one, but it eventually settled in time for the second points race. Again Chris Owen soon piled up an enormous lead as he had done to win the practice race the previous day. He lost this, however, when he went for the wrong mark in the second lap, but regained it to win. Chris Sidey followed in second place with Peter Kyne of Brightlingsea third. Kyne vent on to take second place, behind Stacey Clarke of Ely in the last race while the best the Champion could do was fourth place behind Sidey. So the overall result was 1st Chris Owen of Northwich S.C. who becomes Mirror Junior Champion, 2nd Stacey Clarke of Ely S.C. who becomes Mirror under 15 Champion; 3rd Mark Rushall of Draycote Water S.C.; 4th Chris Sidey of IPC (Iver) Y.C.; 5th Peter Kyne of Brightlingsca Y.C., and 6th David Derby of Broadstairs S.C. All thanks and commendations for an excellent event go to Waveney & Oulton Broad Yacht Club.

Editors Note: This article is from Reflections No. 25, July 1976 It has been captured by OCR, so typos & errors are possible.