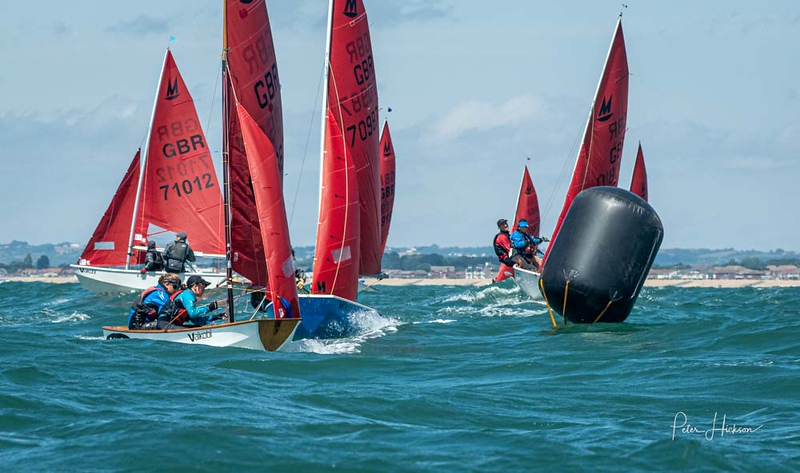 Great racing in Bracklesham Bay and the more sheltered waters in Chichester Harbour. Cracking weather, on-site accommodation, a restaurant & beach bar to keep everyone fuelled up, lots of sand, great organisation from Chris & Emma Fuller and the HISC crew.

Competitors enjoyed great race management with PRO David Nicholls and his team working hard to get as many of the scheduled 8 races in, given the tidal & wind conditions that confronted them over the championship.

Racing started on Sunday with a solid 4-5 and the fleet completing three races in the waves of Bracklesham Bay. Monday was windier, force 5-6 so it was decided to make an early start and race inside the harbour while there was enough water over Pilsey Sands. Conditions were full-on, very choppy and with the wind forecast to increase and a growing number of retirements, the PRO decided to stop after two races. With a ridge of high pressure moving in, Tuesday’s forecast was for a lot less wind, with significant shifts in direction and that’s what happened. The first attempt at running Race 6 was abandoned after the breeze collapsed before anyone had got to the windward mark. This was followed by a long wait for the breeze to pick up and then settle. Eventually race 6 was successfully re-run. This was followed by another wait for the breeze to settle, eventually, with time and water running out, AP over A was signalled and the fleet headed in to pack up and enjoy the prizegiving with tea and cakes. 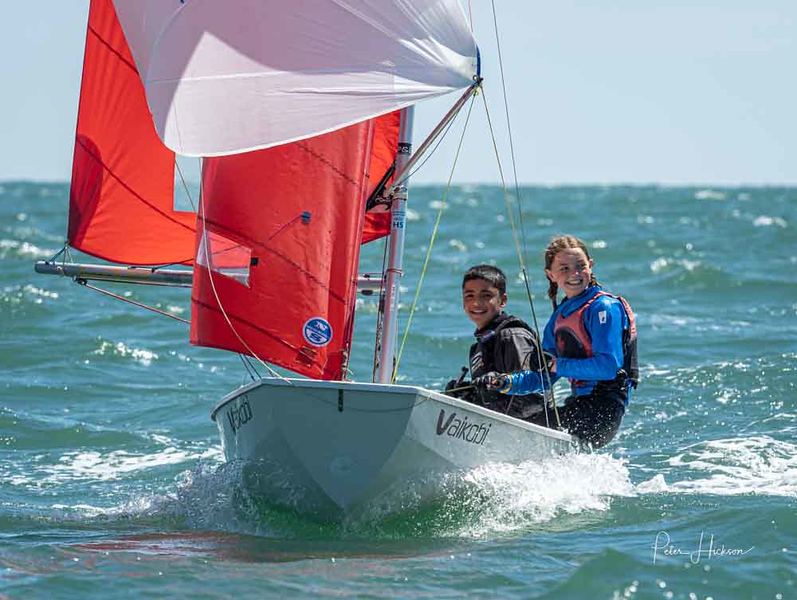 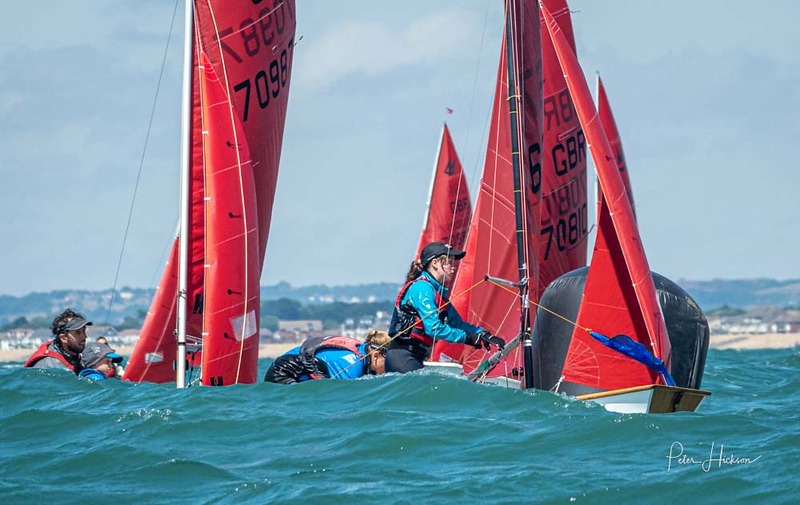 A special prize, for smiling in the face of adversity, went to 16 year old Poppy Luxton & crew Lottie Tregaskes who led around the first windward mark in race 1, subsequently broke their rudder downhaul and sailed the majority of the third lap without a rudder to finish 7th. The rudder could not be repaired afloat, so they missed races 2 & 3. They capsized in race 4 and again in 5, this time breaking their gaff, and were BFD in race 6. They were worthy winners of a P&B voucher and class trophy

A  photo of each boat in ranking order - photos, apart from 70743 - Yeti, kindly taken by Peter Hickson.

Once again we had What HAppened Today? (WHAT?). After everyone was changed and re-fuelled, a post-racing debrief by Chris Balding with input from other sailors. 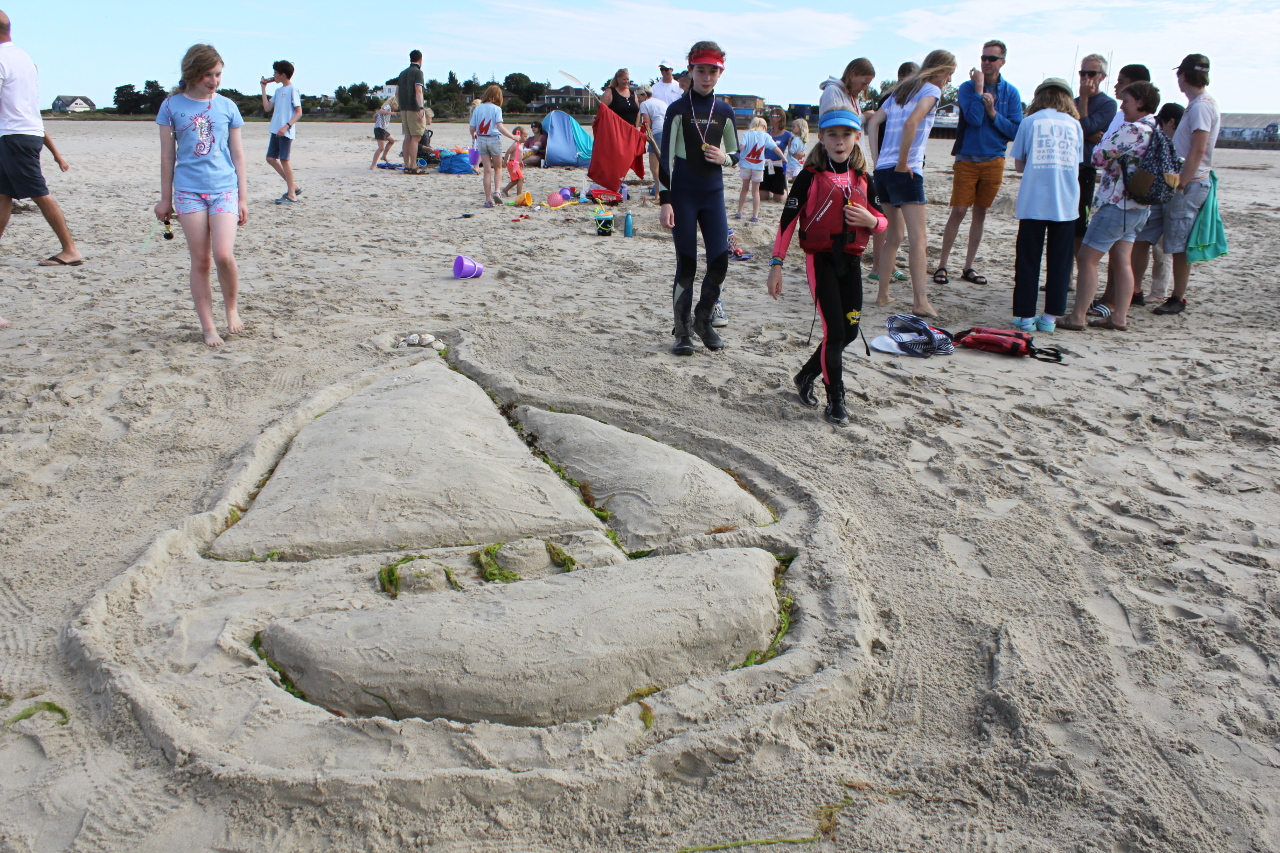 Other after sailing activities included a sandcastle competition – won by a combination team of West Kirby, Leigh Lowton and Whitefriars SC, a BBQ on the balcony and a Mexican theme night with some impressive fancy dress outfits.

Overall Results:
If you finished in the top ten at the Mirror nationals then enter your Gear Guide information to Yachts & Yachting here

Thanks to our headline sponsors Vaikobi and Early Entry Draw sponsors P&B, there were an impressive range of prizes including vouchers, smartphone cases and caps, that were presented by HISC Commodore Andy Partington along with the glassware and class trophies. The ‘early entry’ draw winners got a spinnaker provided by P&B at the start of the event.

Trophies in text were not returned. The Abersoch Trophy, 40th Anniversary Trophy, the Mylor Yacht Harbour Trophy, the Roger Graffy Trophy, the Western Trust & Savings Trophy and the Navigators & General Trophy were not awarded.

The Nationals next year is scheduled for 1st to 4th June at Brightlingsea SC.

(Editors note: more details, photos, list of trophy winners will be added to this article as time allows)