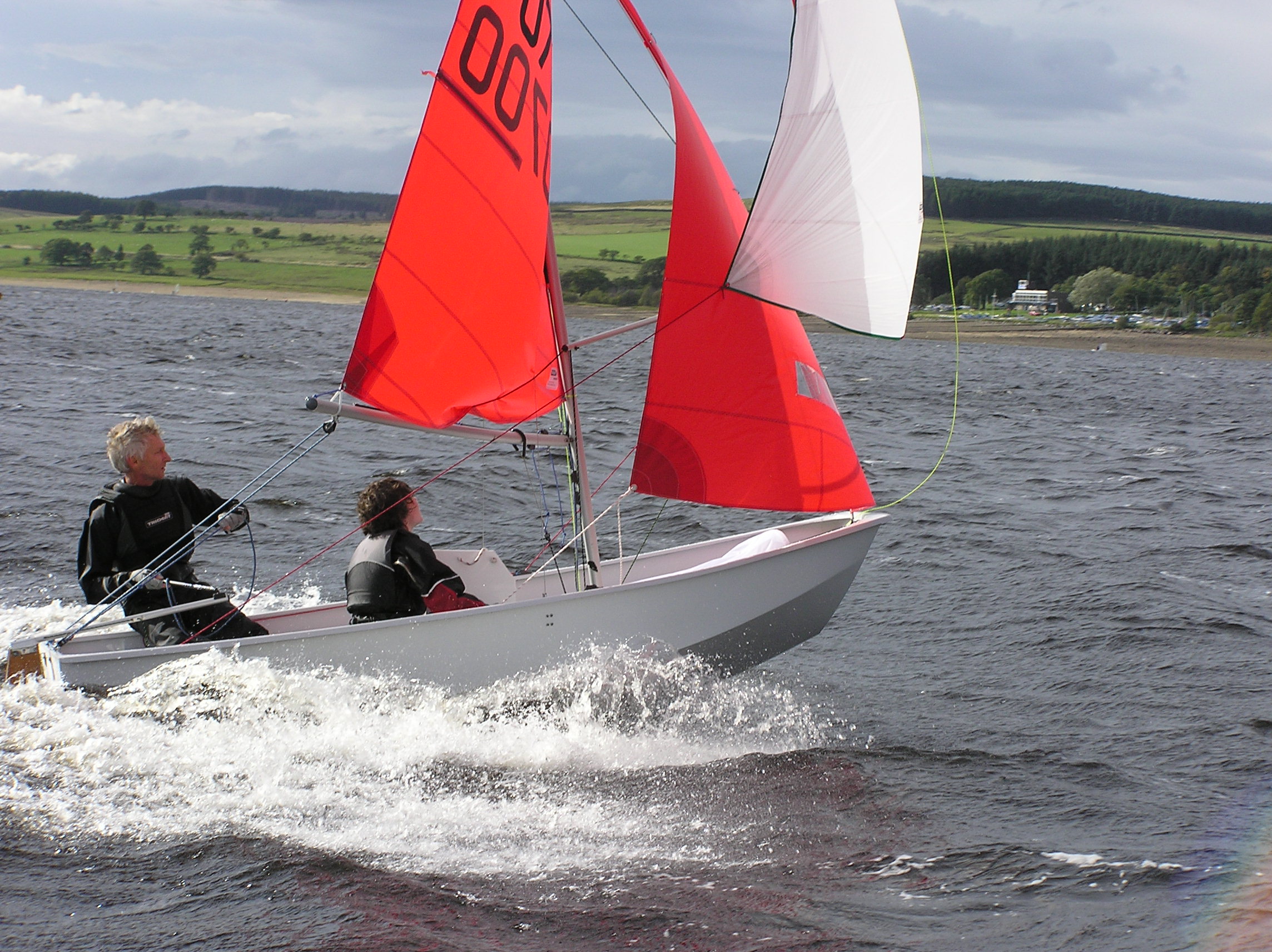 Well, if we will sail when there is a hurricane approaching Northern Britain we have to put up with the consequences!  And, yes, it was windy!

There were visitors from Otley, Beaver and two from Bassenthwaite Sailing Clubs but eight of the twelve boats entered were representing the home club.  Among this number were Dave Gebhard / Fraser Tarm-Chapman and Dave and Oscar Shilling from Trident UK with the former launching Trident’s brand new boat numbered 70700 for the first time.

Race one was held before the lunch break and conditions, although heavy, were not as bad on the water as they had appeared from the lee shore slipways.  A triangle and sausage course was used with crews having been advised at the briefing to only pass through the line once at the end of each lap.   Gebhard / Tarm-Chapman took an early lead which they progressively extended to the finish with Dave and Ed Coady (DRSC) Dave and Oscar Shilling in third place and Dave Daniel / Tom Dean (Otley) fourth.

After lunch, two races were scheduled back to back in strengthening winds.  Gebhard won the former and, again, Coady was second.  Mark Ninnim (Bassenthwaite) finished third from Stuart Donald (DRSC) both sailing single handed.  By the end of this race the wind had got up to a strength where most competitors headed for shore, a gust of 40mph being recorded on the clubhouse anemometer.

The final race was delayed due to the safety vessels attending to capsized and damaged boats and it started with only four boats in the fray.  Ninnim took an early lead from Shilling but Gebhard was through into the lead by the windward mark and, again, took the win from Shilling, Ninnim and Daniel.