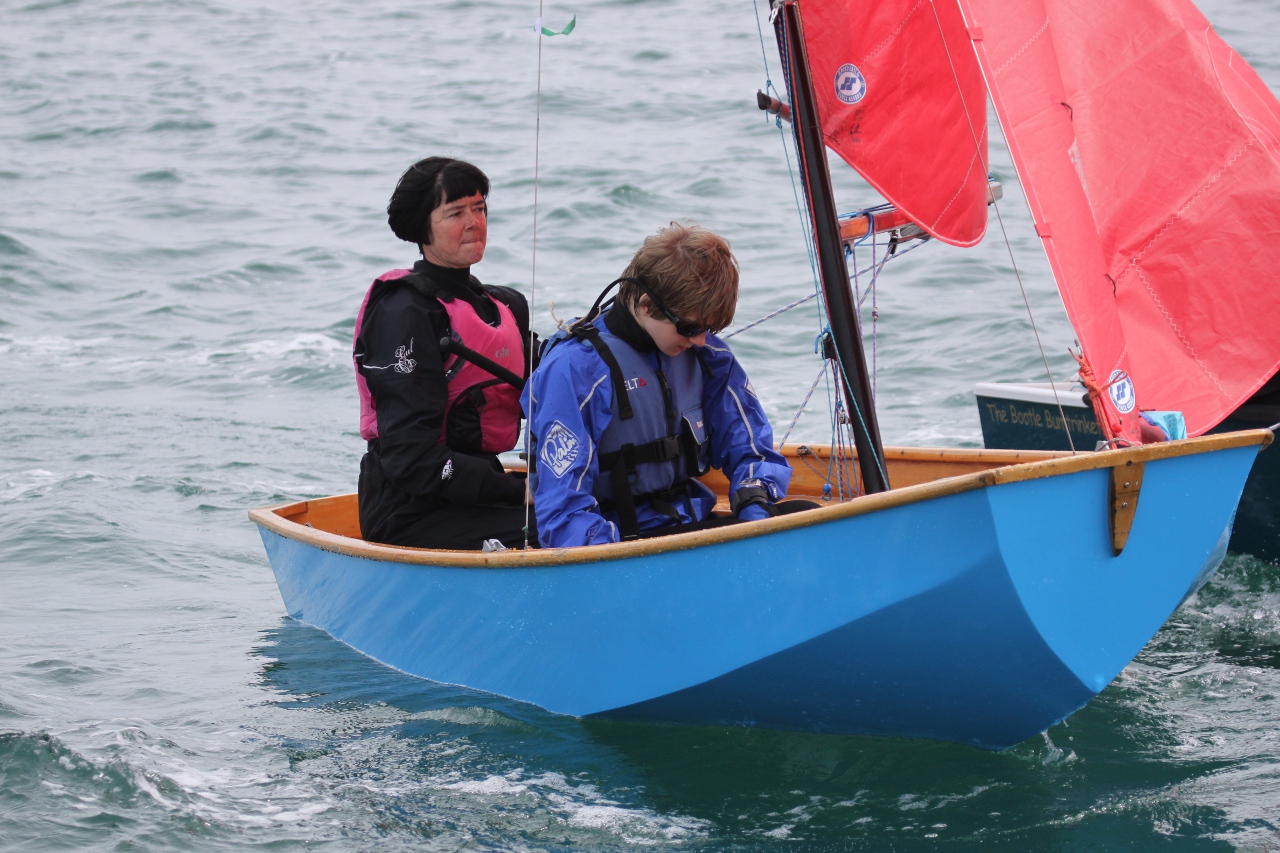 Mr RA Lenton in Dumfries ordered racing kit, epoxy, paint and a rudder stock from Bell Woodworking in September 1994 (presumably the first owner) - there is a note on the invoice "Sold to Robin Rose 16 February 1995".

At this point the hull was green.

Sailed by Carley Burge in Southerns and called 'Kaffufle'

Certificate issue in the name of Sarah Burge, boat now called "Out of Order".

Purchased by Karen Gibson from the Burge family

Revarnished and repainted by Karen's dad.

This boat was advertised for sale - sensible offers invited

She was purchased by Gary Matthews from Restronguet SC