On Saturday 9th March some Mirror squad sailors and their willing parents took South Staffs Sailing Club up on their kind offer of some team racing. Four teams: Mirror youth, Mirror parents, South Staffs youth and South Staffs adults, each competed in six close races in which everyone had to remember and push the rules. 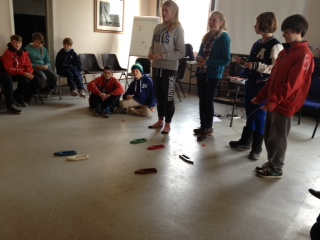 Last weekend was great fun for all of the National Youth Development Squad even if we were a bit unlucky with the wind again! The weekend at Elton was focussed mainly on starting. Saturday kicked off with a briefing, and as there was no wind we had a long talk about how to do the perfect start. That led us up to lunch, which was a very nice curry. In the afternoon the sun came out and brought a steady breeze with it. It took the entire squad to launch the RIBs due to the reservoir level having been lowered by a metre for maintenance work on the dam. Last weekend, the 24th-25th November the National Youth Development Squad South squad had their third training weekend at Queen Mary Sailing Club. This was our first session inland so far, to be followed by a second at Datchet. There were only 6 out of the 10 boats normally there on Saturday morning so there was more coaching all around. It was around 14-15 knots and we went out to the other end of the reservoir.