The Scottish Mirror Championships were held at Helensburgh Sailing Club on the Firth of Clyde, 14/15 June 2014. The event was combined with the annual Scottish Youth Regatta which was hosting the Scottish Optimist and Topper fleets.

Anticipated attendance of Mirrors from northern England did not materialise – in one case at least due to a car breakdown leaving a young crew and helm very downcast. However, 3 visiting boats from Aberdeen, Edinburgh and Thurso arrived on Saturday to join the two Helensburgh boats. So the fleet comprised 2 gaff and 3 bermudan rigs on boats ranging from a relatively new Winder to a restored 1963 vintage. 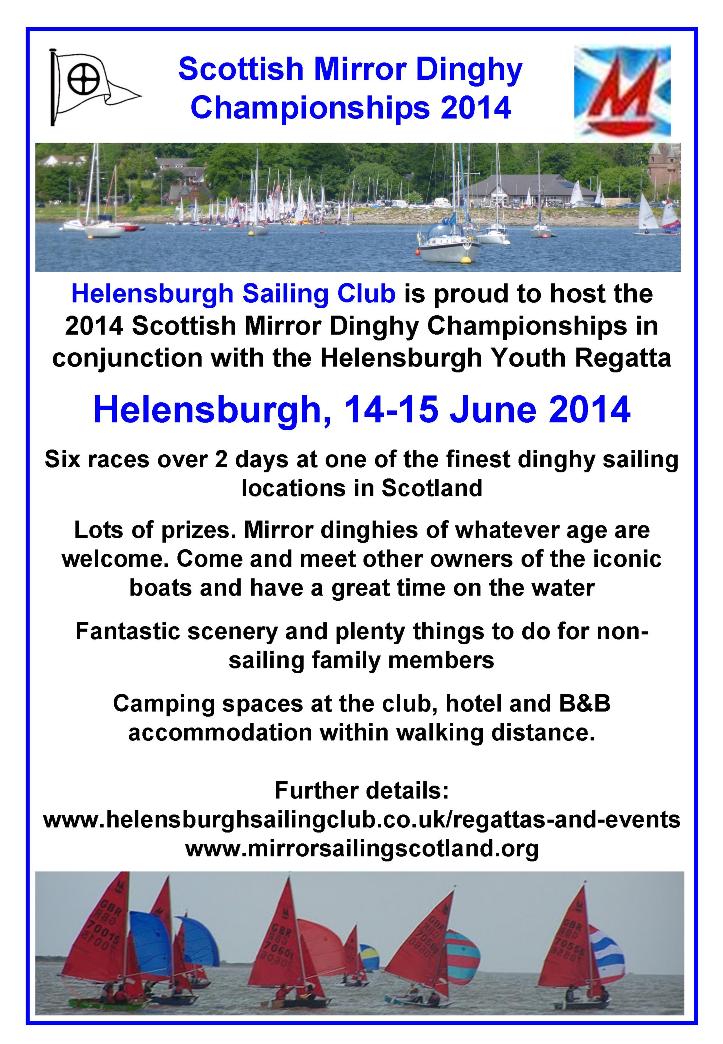 The 2014 Scottish Mirror Championships will be hosted by Helensburgh Sailing Club with racing in the Firth of Clyde, over the weekend of 14-15 June. The event will be part of the annual Scottish Youth Squad Regatta which typically attracts around 70-100 entries. A date for your diary ! 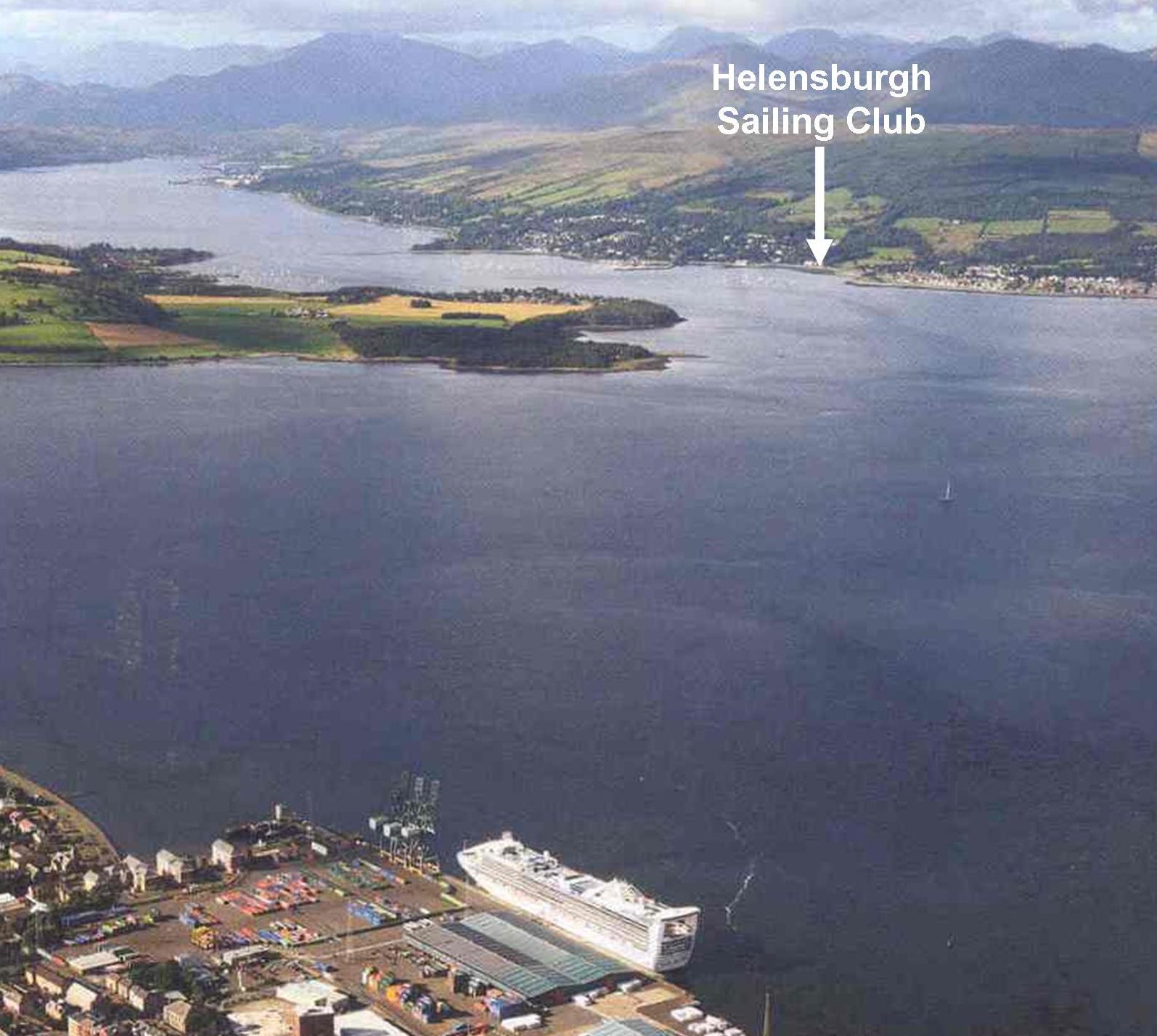 This year's Scottish Championships take place at Helensburgh SC, with racing in the Firth of Clyde, on 14th & 15th June. The event will be part of the annual Scottish Youth Squad Regatta which typically attracts around 70-100 entries. A date for your diary !

There is a poster , Notice of Race, and regatta information which is now available for download.